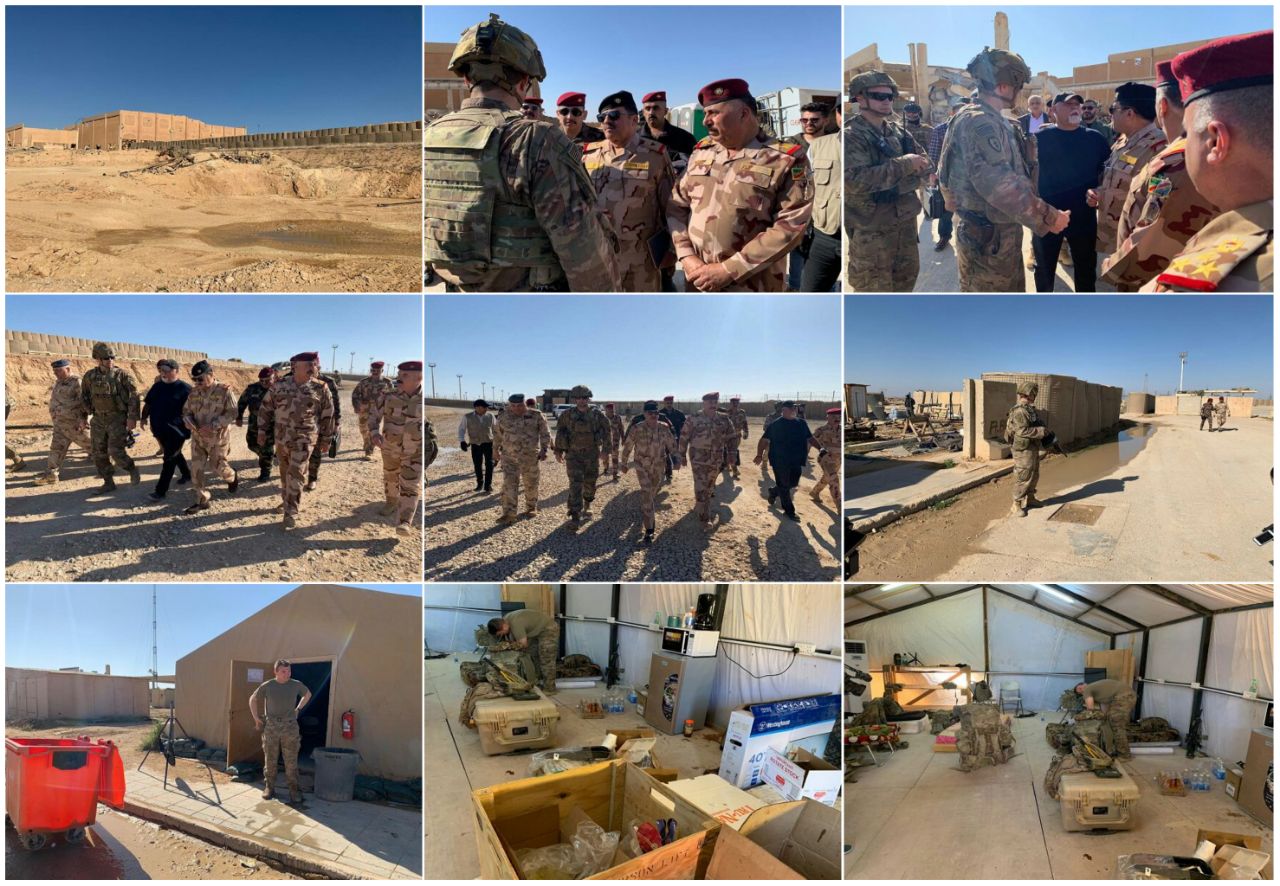 ISWNews Analysis Group: US terrorist army evacuated al-Qaem base in al-Anbar province and left it to Iraqi army today.

It is said US plans to leave two bases Qayyarah and K1 in Kirkuk soon.
Al-Qaem base was the first base occupied by ISIS in 2014 in west of Iraq and the last base liberated by resistance groups. Border town al-Qaem was mostly controlled by resistance groups after liberation and has a key role in Iran’s ground access to Mediterranean Sea.