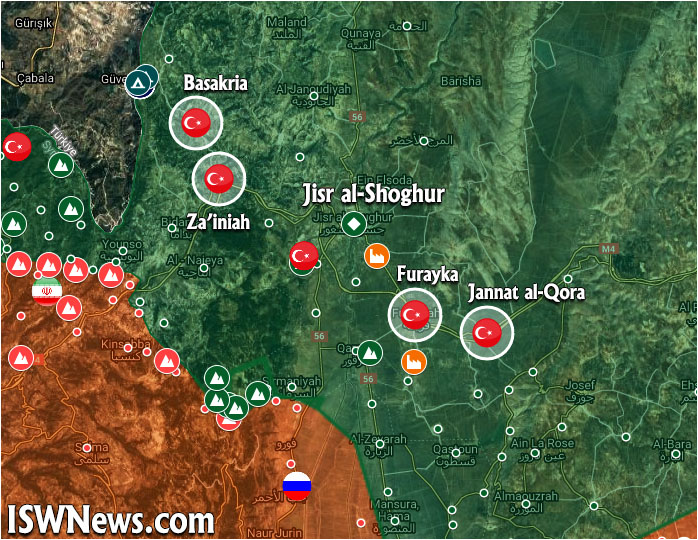 Although these military posts can help with monitoring safe zone agreement along M4, but Turkey could not yet open M4 completely and the road is still blocked by militants. On the other hand, considering Turkey’s history in building such military posts in Idlib area, they can be used for future Turkish military operations or even defending Jisr al-Shoghur town against the Syrian army operation!