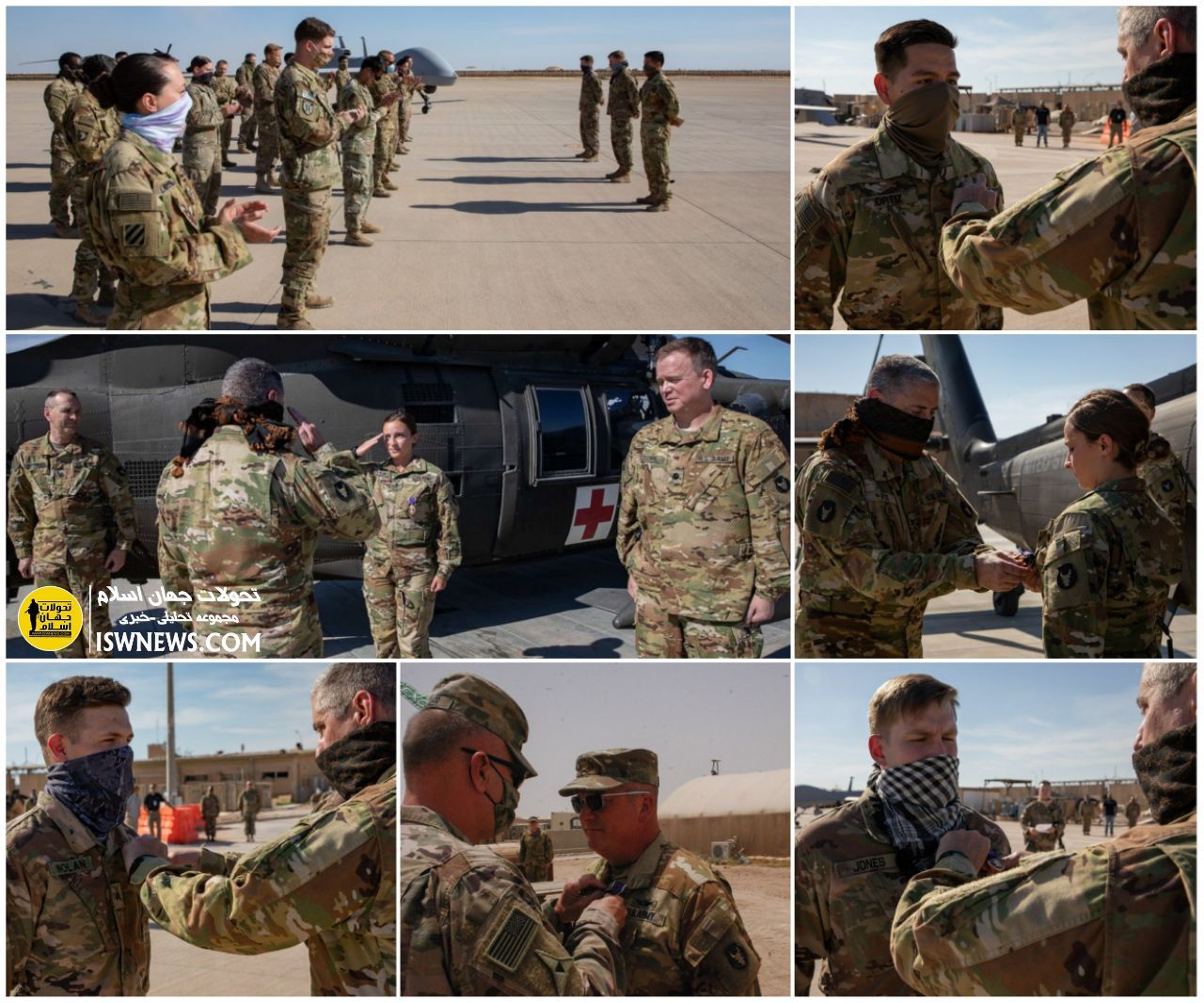 ISWNews Analysis Group: US terrorist officials to give purple heart medals to soldiers with Brian injury due to Iran’s missile attack to Ain al Assad base.

According to American terrorist army spokesperson, in a ceremony 29 soldiers injured in Iran’s missile attack to Ain al Assad were awarded purple heart medals.
It is while according to US officials claimed 110 soldiers were injured.

Purple heart is a military medal given to US soldiers who lost their lives or injured by enemy attack.
Is headache and brain injury part of qualifications for this medal?

Share it:
Ain al-Assad Iran missile attack on US US