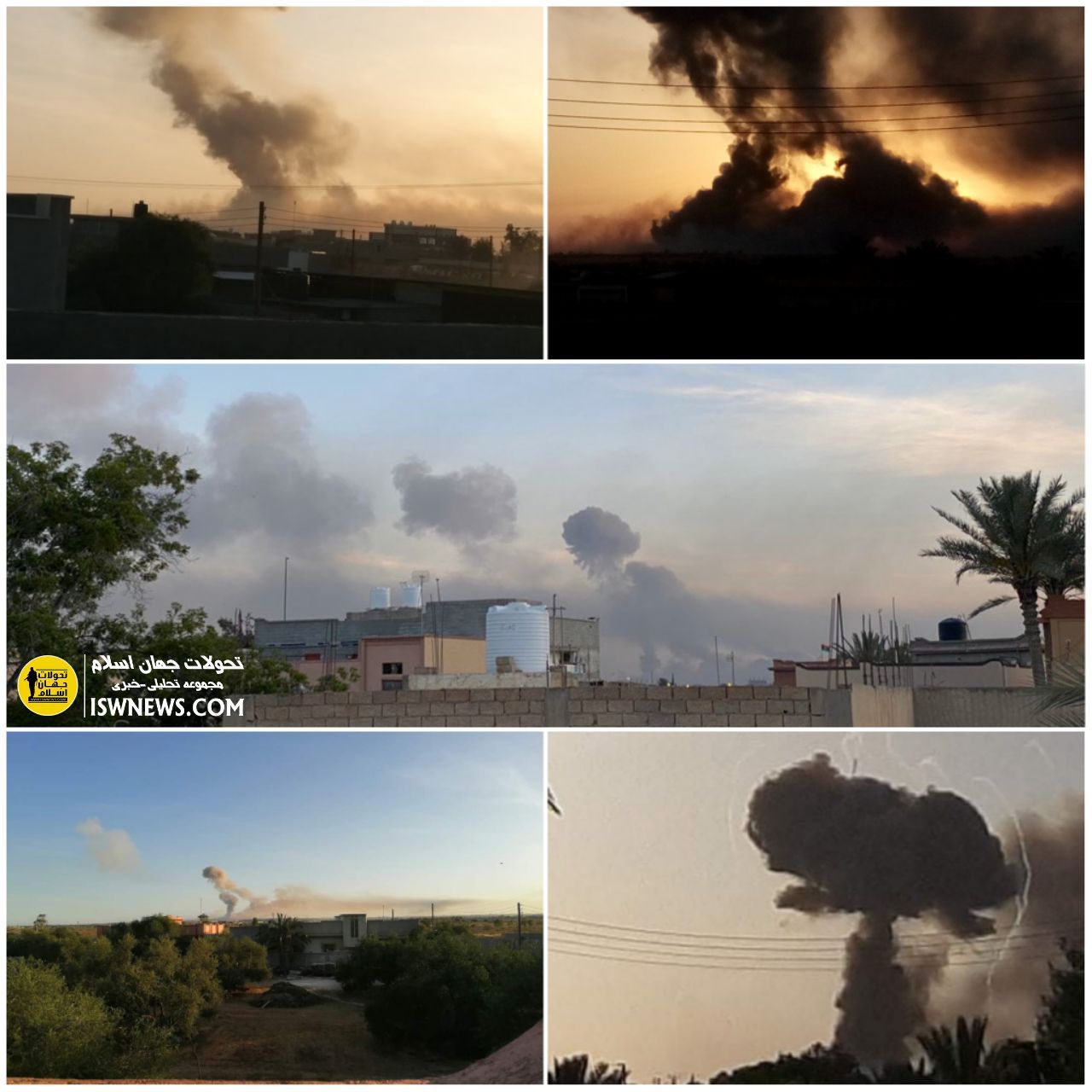 2. Misrata:
– The LNA heavy missile attack on GNA weapon depots in the suburb of Misrata airport.

3. Yafren area:
– GNA warplanes and drones struck the LNA positions in the al-Watiah airbase 24 times.
– During GNA drone attack on al-Zawaghidah area, 7 of LNA forces were killed.
– During the clashes in the suburb of al-Watiah, 23 of GNA forces have been killed.
– Pro-LNA sources claimed that LNA have shot down a Turkish drone in the al-Aqrabiah.