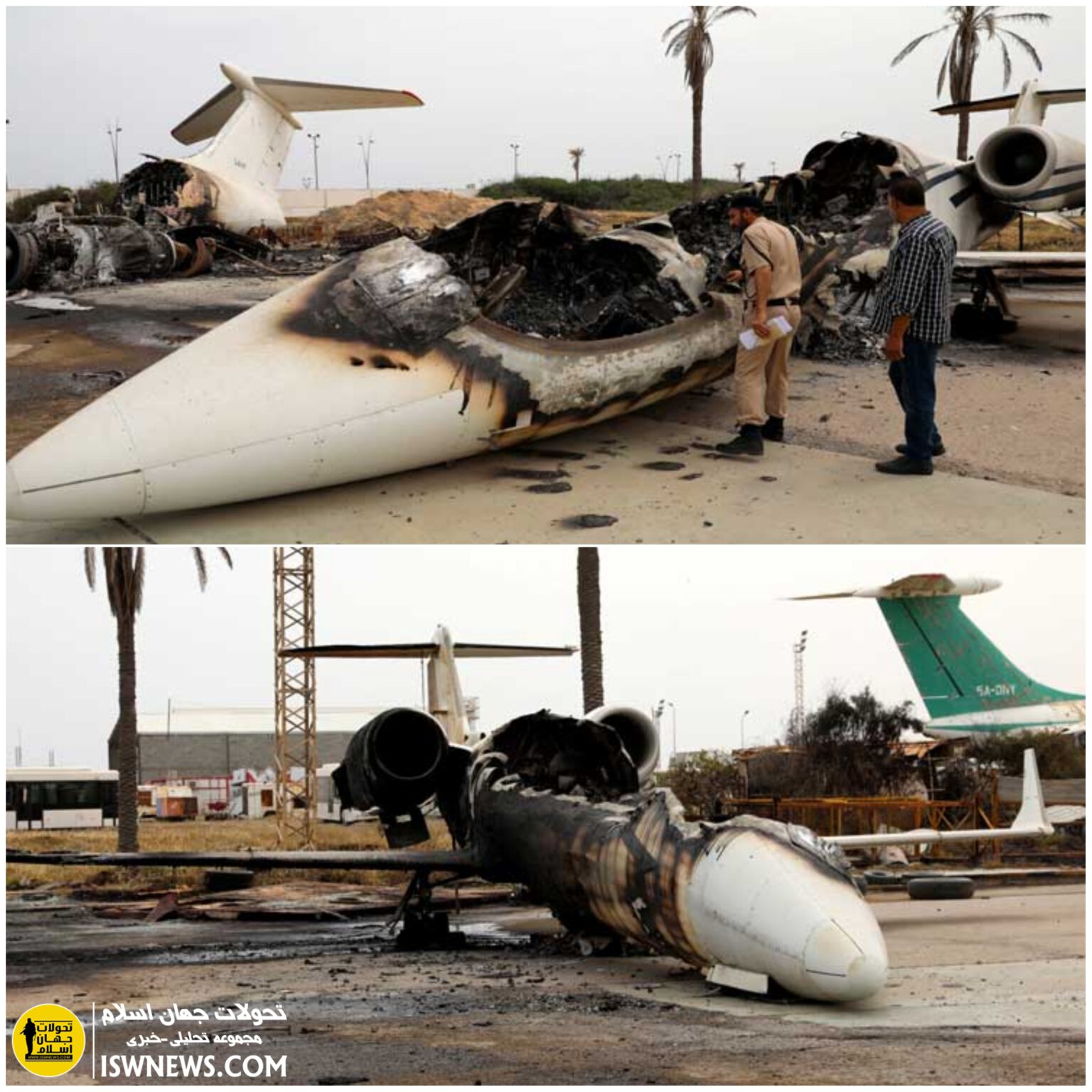 1. Tripoli:
– Clashes between the GNA and the LNA continue in the al-Hazbah axis. During LNA bombardment, one person killed and two others were wounded.
– Clashes between the GNA and LNA in continue in the Abu Salim axis.
– The Mitiga airport damages are increasing. The above image is related to burning of several planes during the LNA recent attack on the Mitiga airport.

2. Sirte:
– During LNA drone attack on GNA positions in Abu Qarin, 4 people were killed.
– The GNA planes bombed the LNA fuel tanker in the al-Washakah.

4. The countries of United Arab Emirates, Egypt, France, Cyprus and Greece in a statement, called the sides of conflict to the ceasefire, condemning Turkey military intervention in Libya.