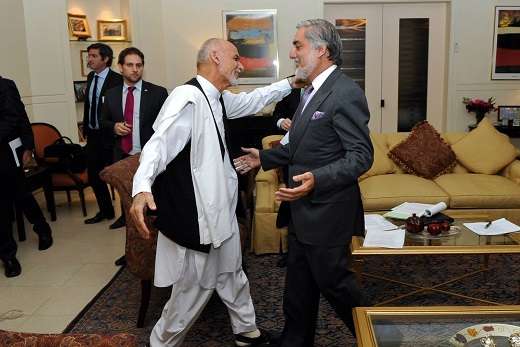 According to this agreement, Ashraf Ghani becomes the president for the second time and Abdullah Abdullah is head of National Reconciliation High Council.
Abdullah also get 50% of the cabinet and general Abdul Rashid Dostum is decorated by “Marshal”.

Abdullah Abdullah campaign claimed that Ashraf Ghani campaign cheated on election and had high tension regardless of USA-Taliban agreement.