Parallel governments of Afghanistan will be formed tomorrow! 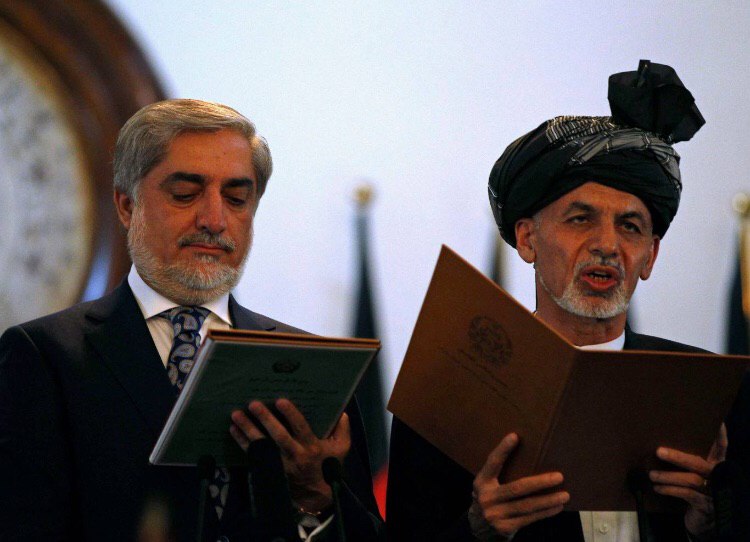 Following the announcement of the Afghan presidential election results based on the victory of Ashraf Ghani, he would to hold inauguration ceremony on Feb 28th, but this ceremony was postponed to March 9th by the request of the US.
Meanwhile, Abdullah Abdullah wants to hold a similar ceremony in his palace; and tomorrow on Monday the two presidents will be introduced to the Afghan people!
The interesting point in this contrast is that Ghani and Abdullah have invited each other to their inauguration ceremony.