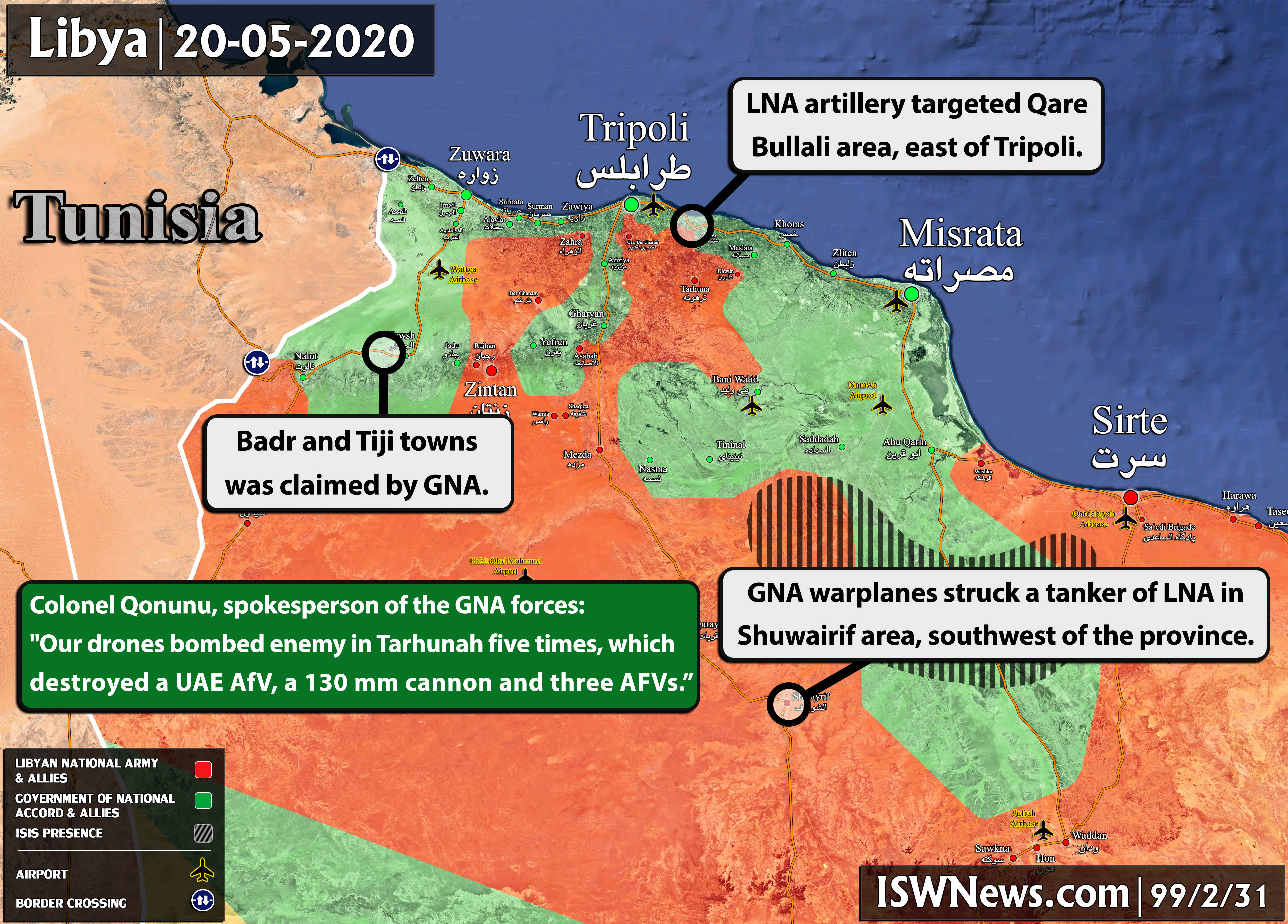 2. Nalut:
– Badr and Tiji towns was claimed by GNA.
– Two LNA military vehicles were destroyed in the Tiji area by the GNA drones.

3. Jabal Gharbi:
GNA warplanes struck a tanker of LNA in Shuwairif area, southwest of the province.

4. Colonel Qonunu, spokesperson of the GNA forces:
“Our drones bombed enemy in Tarhunah five times, which destroyed a UAE AfV, a 130 mm cannon and three AFVs.