Review of recent developments in Libya; Why General Haftar is losing ground? + Map 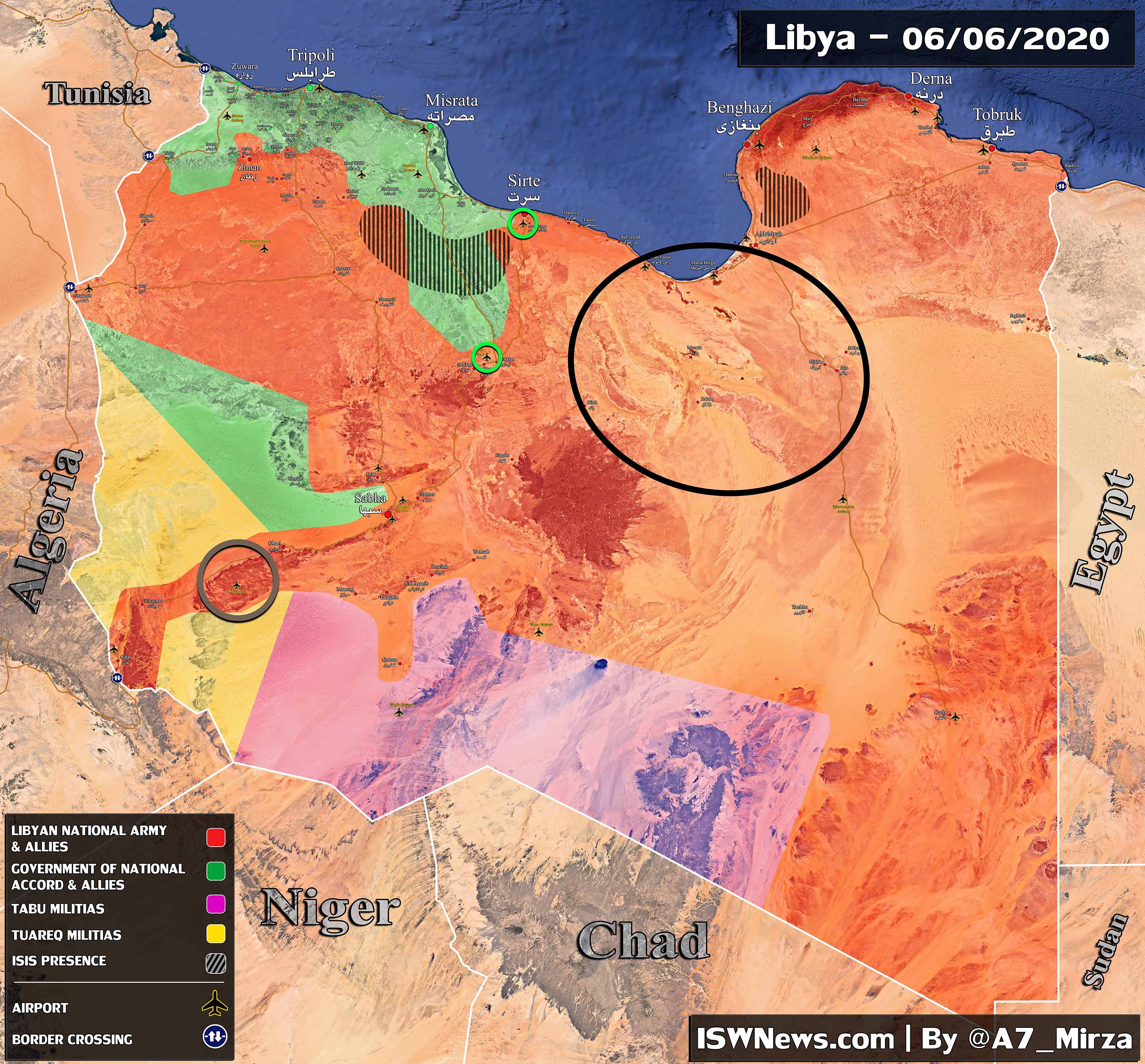 In recent weeks the Libyan National Army (LNA) has retreated extensively from northwest of Libya including Surman, Sabratah, al-Watiyah, south of Tripoli, Tarhunah and west of Sirte. We will review some of the reasons for this.

Some western media counter “Turkish drone operations” as the reason behind this turning point in Libya war, however it can’t be the sole reason and there are several reasons for this change:
1- Turkey’s support and Syrian militants brought to Libya.
2- Lack of UAE and Egypt proper support for LNA.
3- Unknown and ambiguous foreign policy of General Haftar.
4- Wrong tactics utilized by LNA in urban warfare (specially in Tripoli) and taking defensive positions.

In fact with the available data from the Libya’s battlefield in recent months and year we can say that both sides in Libya don’t know a full-scale war and compatibility to the situations and the winner is the person who last longer. Therefore we can see the role of Turkey to support Government of National Accord (GNA) properly and endure attacks by LNA and hit back on the right time.

Given the direction of the GNA attacks after the recapture of the aforementioned areas in northwestern Libya, control of the three goals (and the region) as a whole is expected by the GNA:
1- Military bases such as Jufrah and Ghardabiyah to stop aerial operations and recruiting by LNA. (Green circle in the map)
2- Oil fields located in southwest of Libya such as al-Feel and al-Shararah to resume the refineries and increase income from selling oil products. (Brown circle in the map)
3- Oil crescent area in northeast of Libya not only to increase the oil income but also to weaken General Haftar’s position and dissolve his organization. (Black circle in the map)

In conclusion, Libya war is mainly the confrontation between two axes “Turkey-Qatar” and “UAE-Russia” and every time one side decides to invest more the balance of power tilts toward the same side.