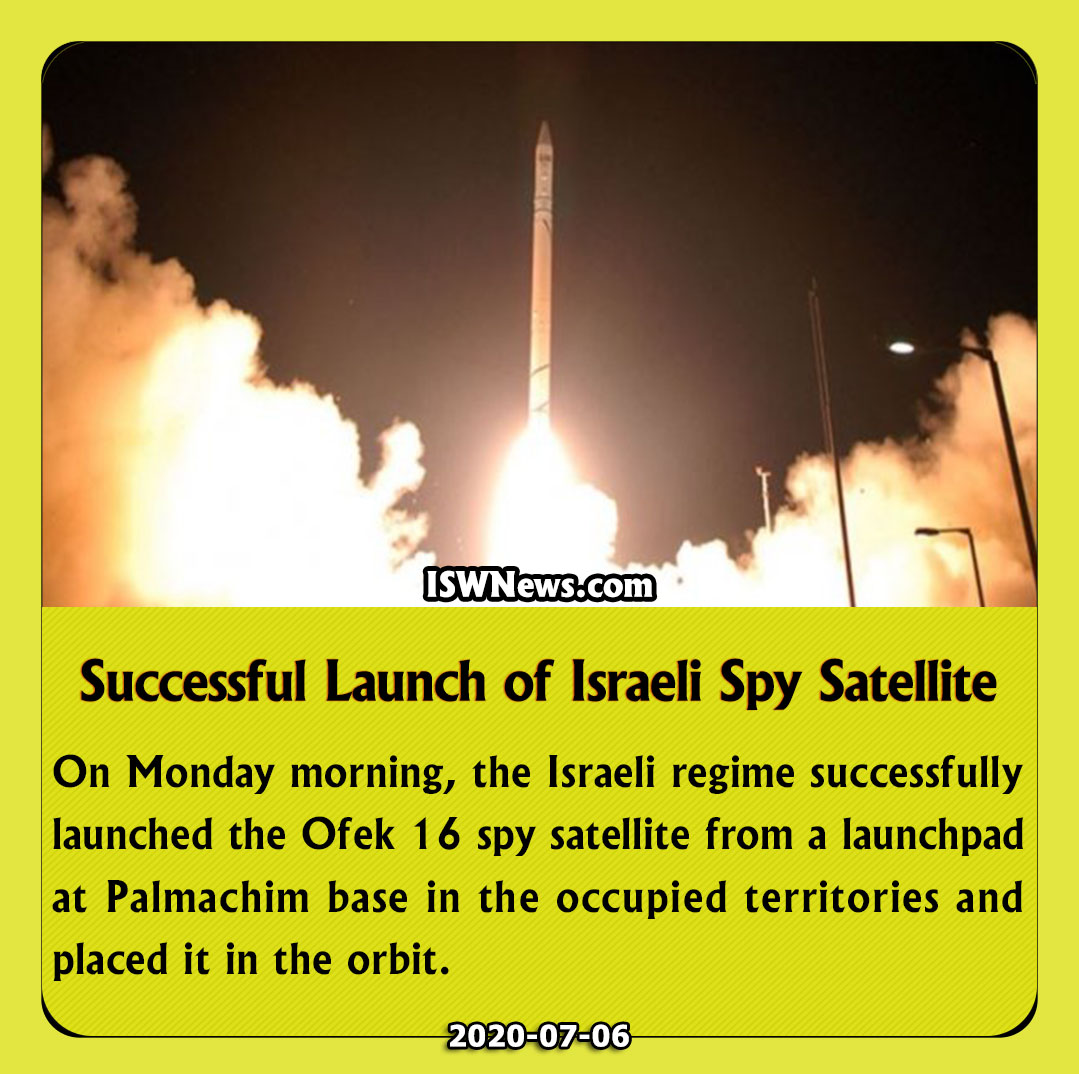 On Monday morning, the Israeli regime successfully launched the Ofek 16 spy satellite from a launchpad at Palmachim base in the occupied territories and placed it in the orbit.

The “Ofek 16” is an reconnaissance satellite and was the first launch of an Israeli satellite since Amos-17 took off from Florida in 2017.
According to Israeli media, this satellite will significantly enhance the intelligence capabilities of Israel in the region.