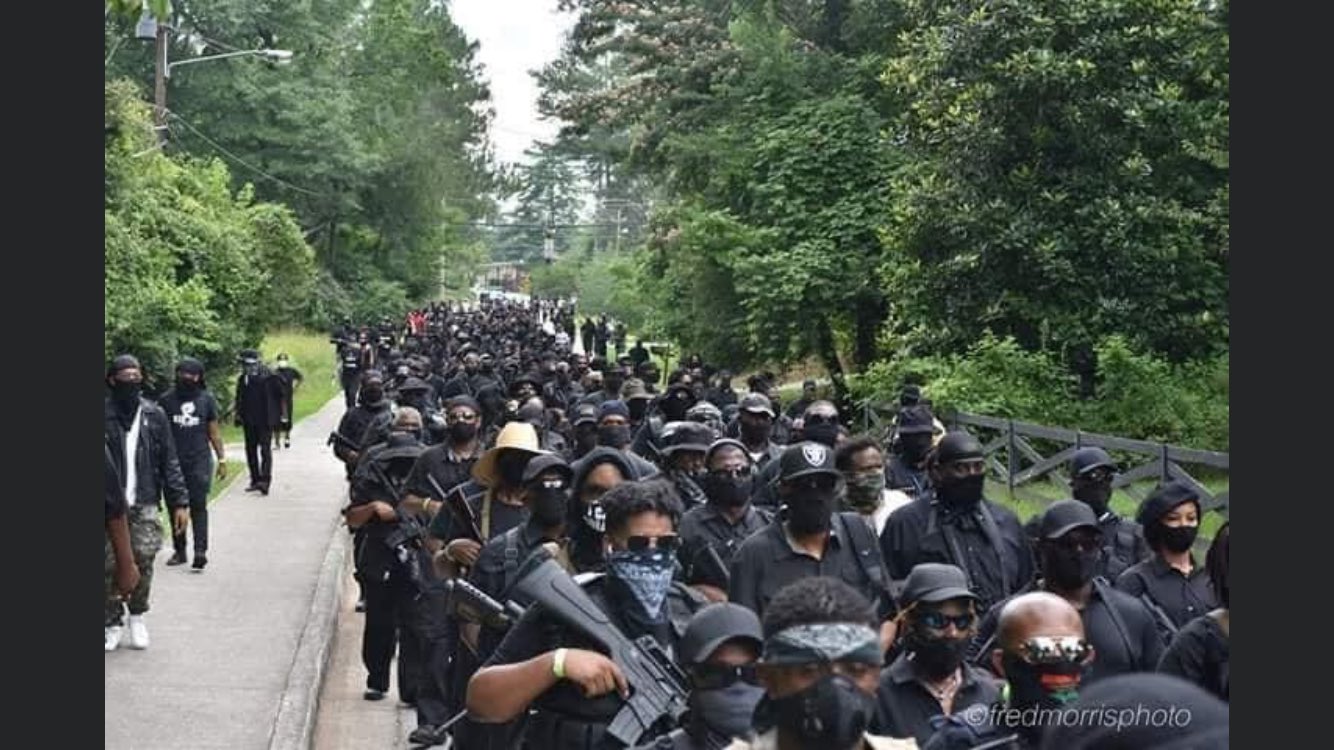 Forty days have passed since the beginning of the nationwide protests in the United States, and the protests have not only subsided, but we are witnessing an increase in tensions and the formation of new groups in this country.

Stone Mountain Park is one of the most popular gathering places for the KKK racist group in the United States, and the NFAC military parade in the area on July 4, on the American Independence Day, has clear messages for US officials.

Between 400 and 1,000 heavily armed militia are said to have taken part in the parade.
The group’s leader is John Jay Fitzgerald Johnson, known as “Master Jay” who was an independent candidate in the 2016 US presidential election.

NFAC leader Master Jay declined to say how long the group had been in operation, but said the group was made up of former military experts and did not want to talk or negotiate. They don’t sing song or bring any sign and flags to gunfights, and all of their acts will be done legally!