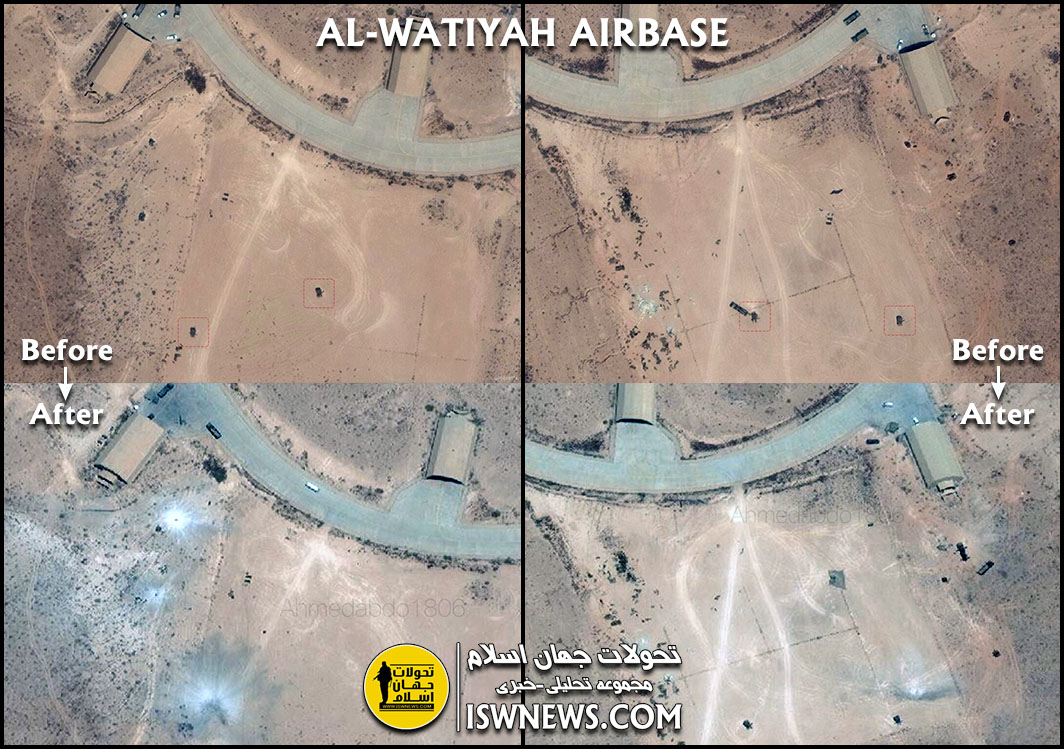 New satellite images of al-Watiyah airbase in northwestern Libya have been released, which clearly show the destruction of Turkish air defense systems deployed in the area.

In the published images and their comparison with the images before the bombing, it is clear that the location of these systems has been targeted with great accuracy.