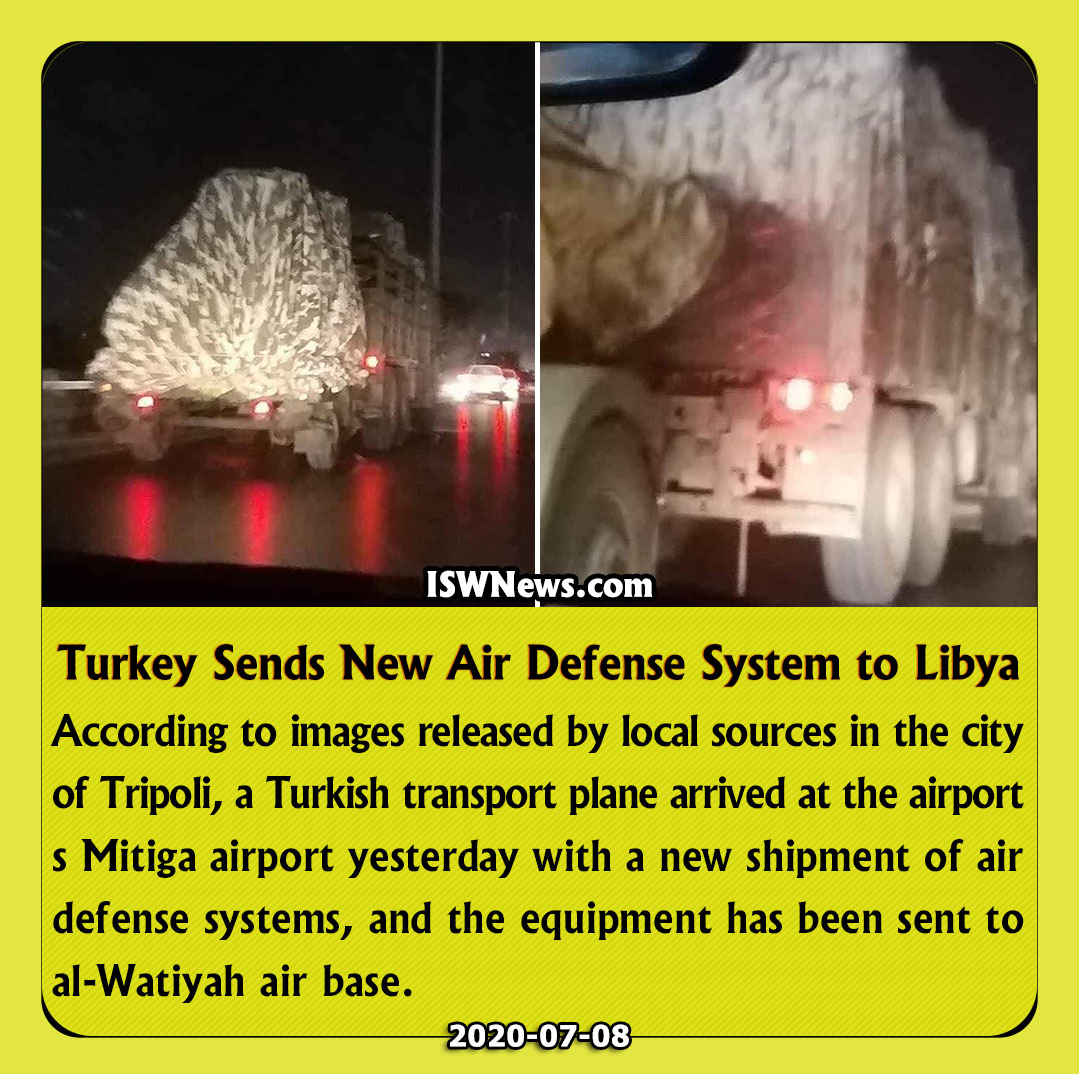 According to images released by local sources in the city of Tripoli, a Turkish transport plane arrived at the Mitiga airport yesterday with a new shipment of air defense systems, and the equipment has been sent to al-Watiyah air base.

The Turkish military deployed MIM-23 Hawk air defense systems at the al-Watiyah air base in recent days, but two days after they entered the base, they were bombed and destroyed by Libyan National Army fighter jets.

Are the new defense systems will be bombed by the fighter jets of Khalifa Haftar?!