The border conflict between Republic of Azerbaijan and Armenia + Video 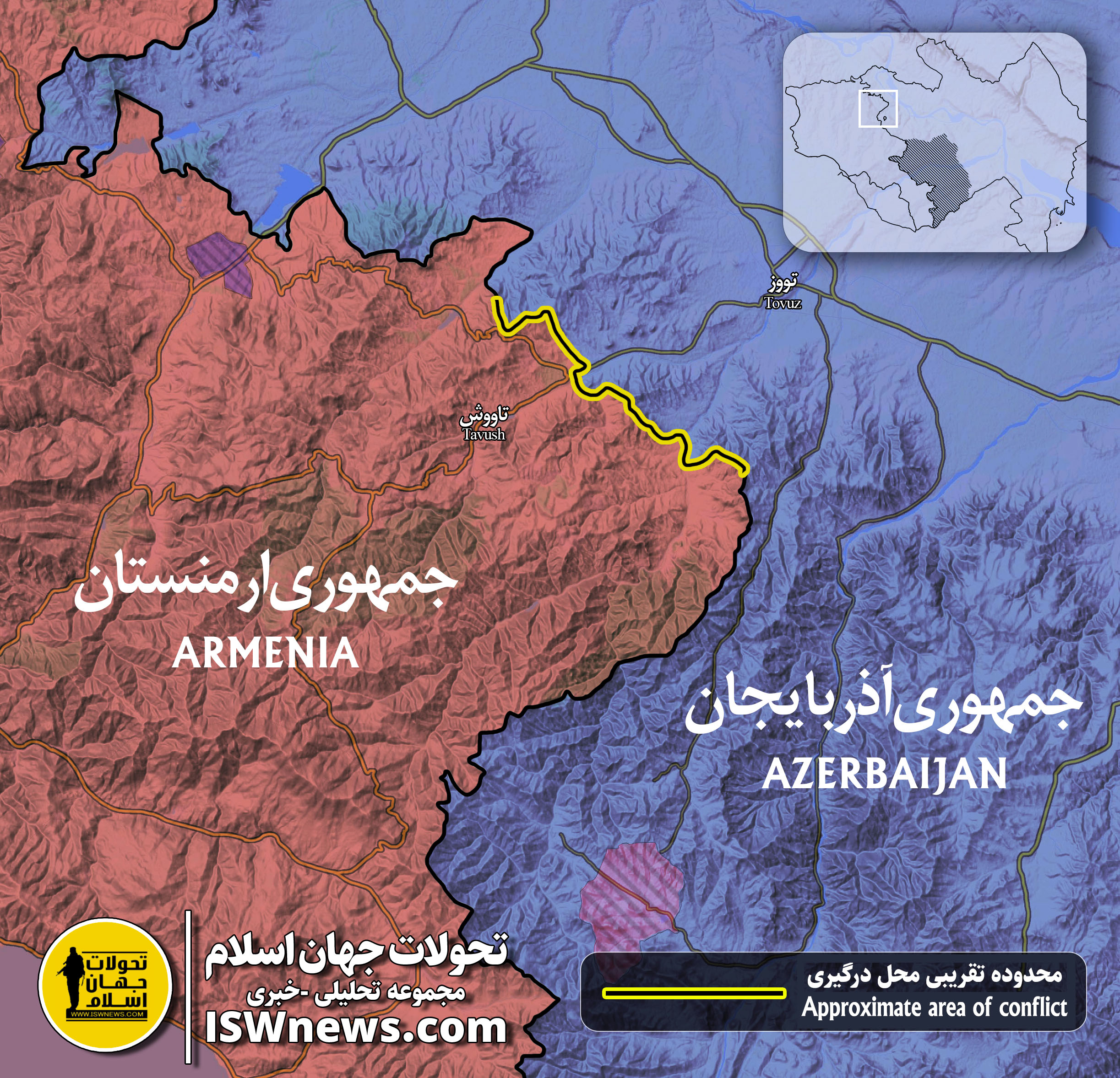 Despite releasing the exaggerated news in some media in the both sides, the statements that have been issued by ministry of defense in each sides, reveal that border clashes were limited.

A statement from the Ministry of Defense of the Republic of Azerbaijan stated that Armenian artillery had set fire to border checkpoints in order to seize some strategic points, killing five Azerbaijani border guards and injuring ten others.

Later this morning, the Ministry of Defense of the Republic of Azerbaijan released a video of the bombing of Armenian positions.

The Public Relations of the Ministry of Defense of Armenia also claims that an Azerbaijani military vehicle tried to cross the border into Armenia at noon yesterday. Armenian border guards opened fire with light weapons in order to stop the vehicle. But mortar attacks on Armenian border posts in the following hours forced them to use artillery fire. Two Armenian soldiers were also wounded.