Tension increased at the border of Azerbaijan and Armenia + Video 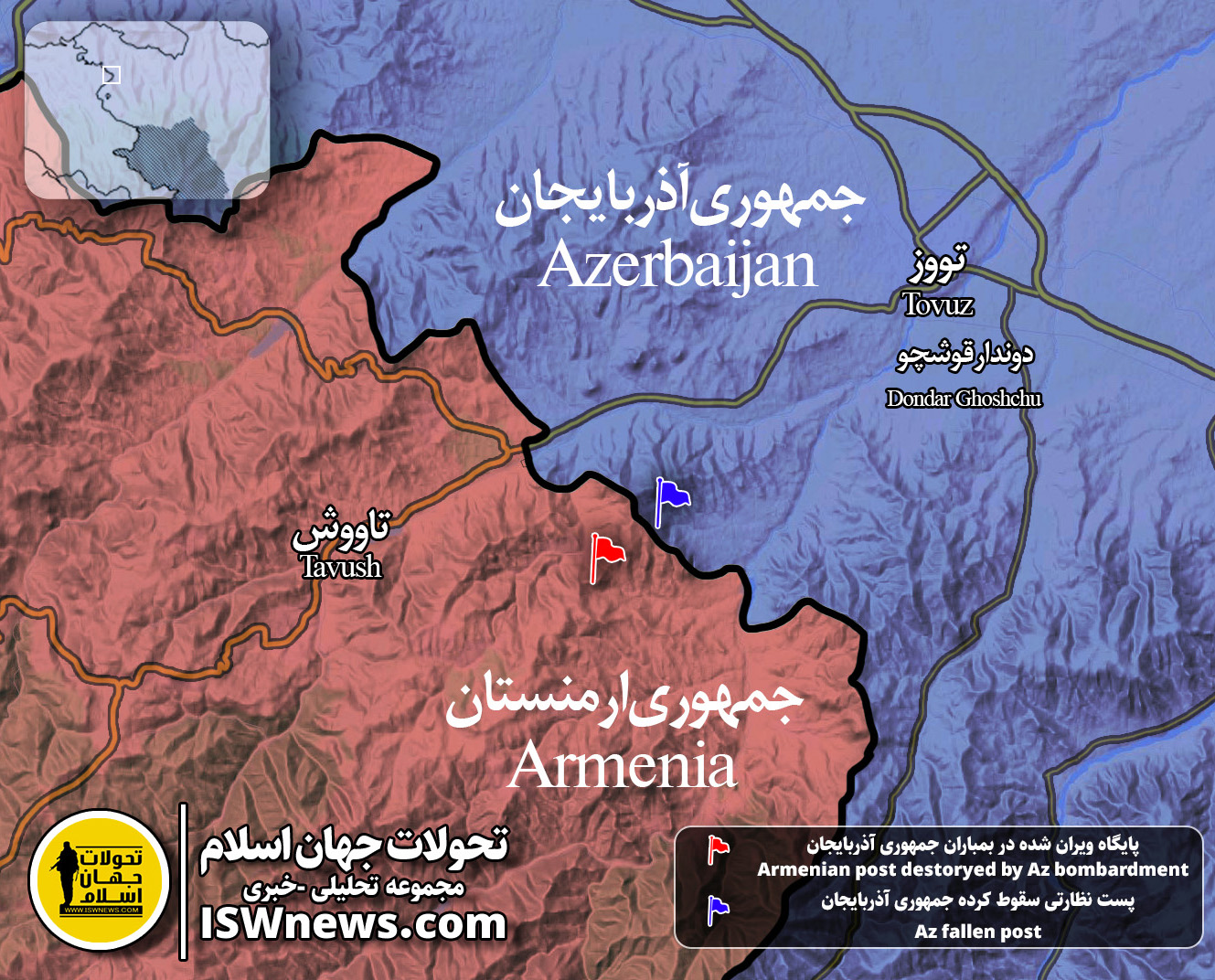 ISWNews Analysis Group: Two days after unrest started at the border of two countries between towns Tovuz and Tavush, drone attacks by both side increased the tension.

Armenia Defense Ministry releasing footages of targeting the other side, reported of two Armenian soldiers killed and accused Azerbaijan to use human shield, in a statement. In this statement it is said that Azerbaijan positioned its artillery among civilian houses in Dondar Ghoshchu village.

Today afternoon a photo was released on social media showing an Azerbaijani watch post occupied by Armenia which is probably part of the destroyed base today morning.