Mustafa Al-Kadhimi goals from his trip to Iran 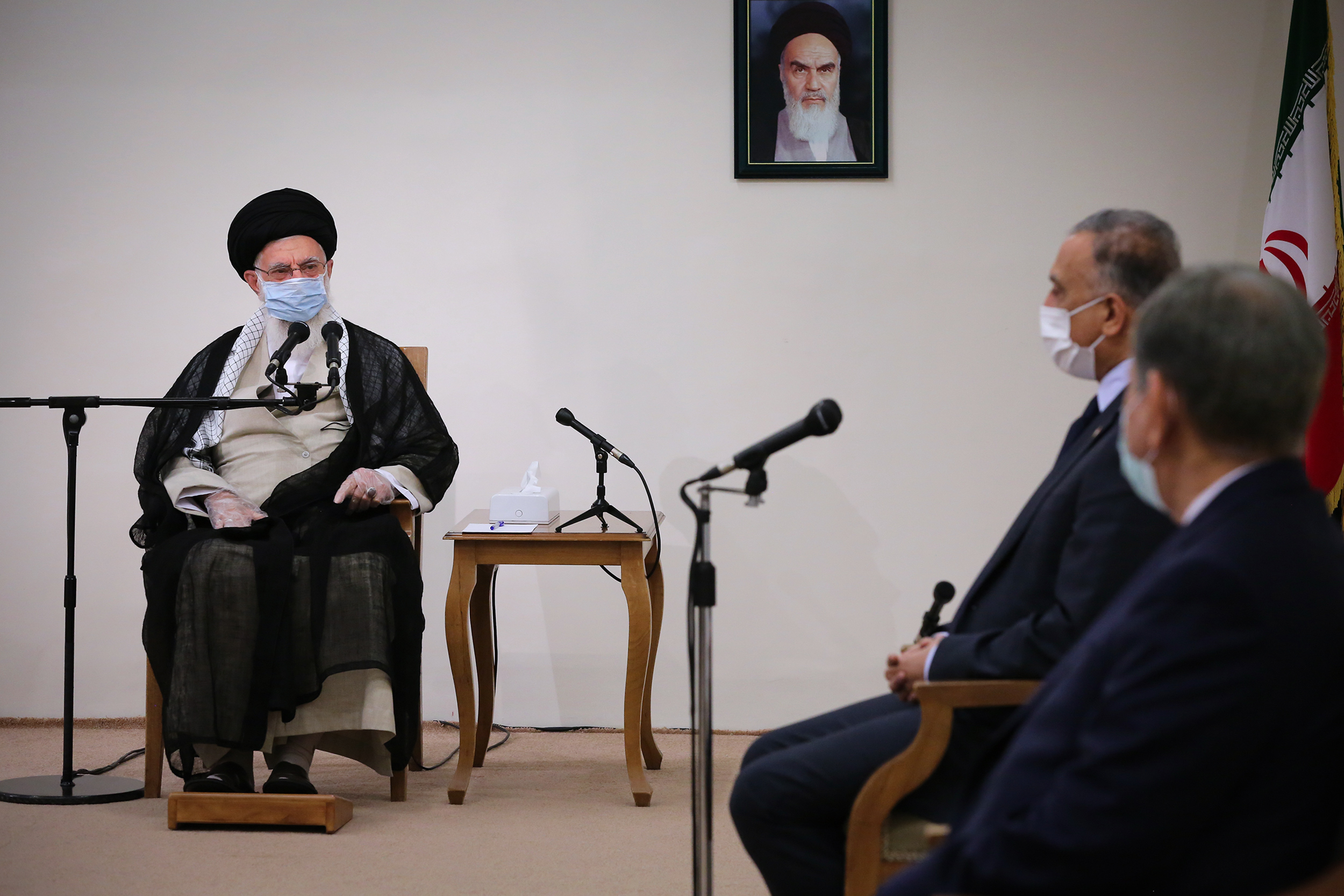 ISWNews Analysis Group: Iraqi Prime Minister Mustafa al-Kadhimi met with the Supreme Leader of the Islamic Revolution and other Iran’s officials during his first foreign trip to Iran.

Al-Kadhimi visited the Supreme Leader of Iran after talks with Iran’s president Hassan Rouhani and joint talks between the delegations of the two countries in the presence of Eshaq Jahangiri.

The summary of Imam Khamenei’s statements in this meeting is as follows:
“- Iran has never had and never will have any intention to meddle in Iraq’s affairs. Iran seeks a dignified, independent Iraq with its territorial integrity and internal unity and cohesion protected.
– Iran will never forget the crime of assassinating Martyr Soleimani and will definitely strike back at the Americans.
– Iran expects the decision of the Iraqi govt, nation & parliament to expel the US to be pursued because US presence causes insecurity.
– Iran is certainly against anything that weakens Iraq. The US outlook concerning Iraq is exactly the opposite to our outlook, because the US is the enemy in the true sense of the word and opposes an independent, strong Iraqi government elected by popular vote.
– It doesn’t matter to the US who the Prime Minister of Iraq is. They want a government like that of Paul Bremer – the American ruler of Iraq after Saddam’s downfall.
– The authority and personality of Ayatollah Sistani is a great blessing for Iraq, and Hashad al-Shaabi is another great blessing in Iraq that must be preserved.”

According to Iranian officials and media speculation, the purpose of the visit was to endorse the al-Kadhimi government by Iran, reduce political confrontation in Iraq, increase Iran-Iraq trade to 17 billion, exchanging message between Iran and Saudi Arabia by al-Kadhimi.

Of course, it should be noted that al-Kadhimi and any other person who heads the Iraqi government will have to align their policies with the goals of Iran and the United States. Iran wants the US to withdraw from Iraq, and the US seeks to continue its presence in Iraq and colonization, as well as control of the region through Iraq.