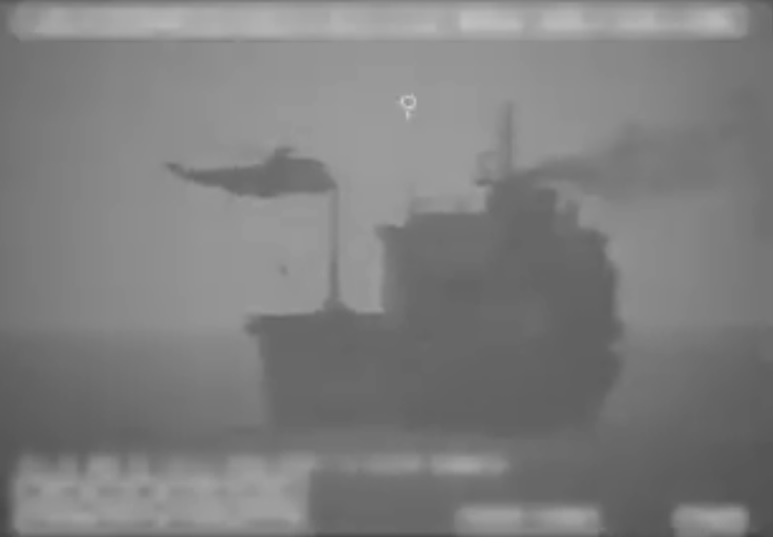 ISWNews Analysis Group: The US terrorist command in the west Asia region (CENTCOM) released a video claiming that Iranian forces had seized a tanker named ‘Wila’ in international waters in the Persian Gulf.

In the video released from this event, a Sea King helicopter can be seen from which the forces are landing on the deck of the ship.

According to reports, the ship was on its way from the UAE port of Al-Hamriyah with the Liberian flag and it was detained by Iran in the early hours of Thursday.
So far, Iranian officials have not commented on the allegations or the incident.