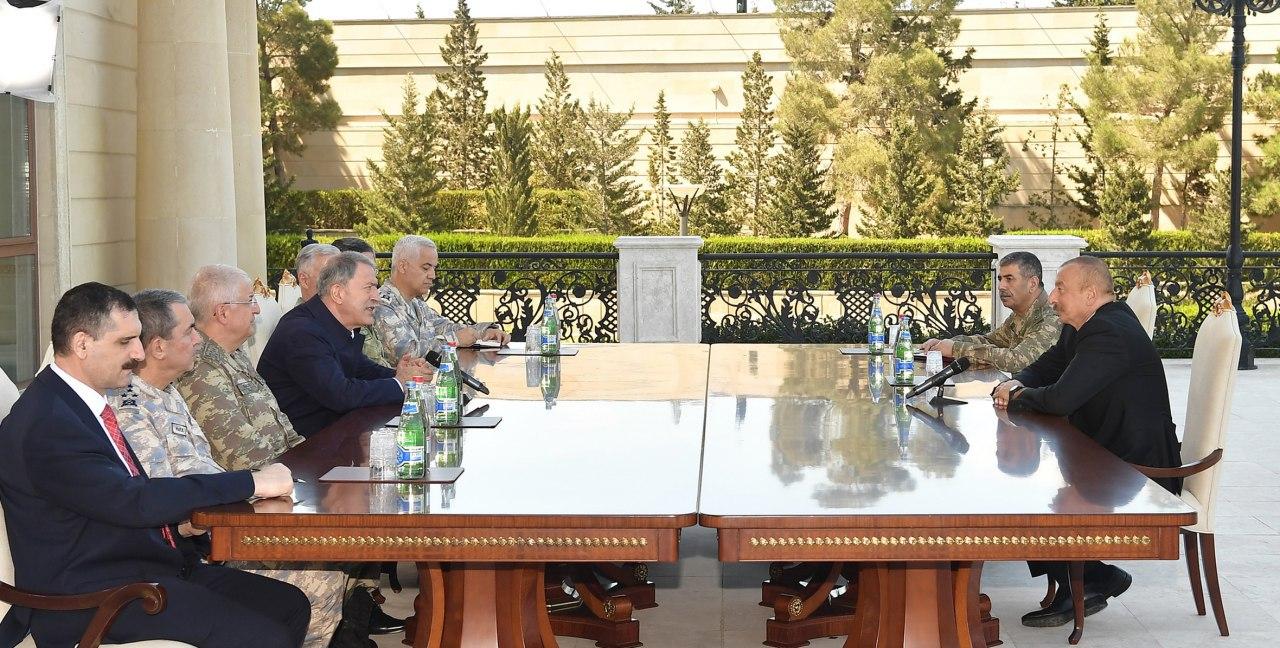 The official website of the Azerbaijan presidency released a video about the meeting between Turkish defense minister Holusi Akar and Elham Aliyev; that two sides are talking about the dimensions of military cooperation between the two countries.

Ilham Aliyev, beside expressing the satisfaction with the development of relations between the two countries, noted that the recent military cooperation was not only limited to a usual exercise and the armed forces of the Republic of Azerbaijan were training under the supervision of commanders from the Republic of Turkey; that first step of these trainings was over today.

Aliyev also mentioned to removing some concerns of foreign countries about military activities of Turkey in Republic of Azerbaijan; that it seems to be a mention to phone call with Vladimir Putin on yesterday.
Also, Holusi Akar the Turkish defense minister, with expressing satisfaction and solidarity between the two nations, added that Republic of Azerbaijan will not be alone in difficult days.

In the critical days of the recent two months, Ilham Aliyev simultaneously dismissed some pro-Russian political figures and arrested some political figures close to Turkey. Today, his mentioning to removing concerns of Russia is also notable in its kind.