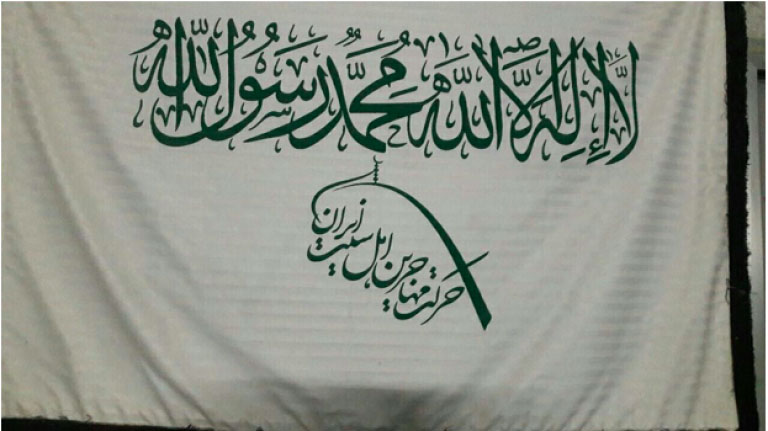 Harakat Muhajirin Ahl Sunnat Iran is a Salafi terrorist group from Iranian formed in Syria which fights against the Syrian government and its allies.

There is no information about the exact establishment day of the group but some guess it was formed in second half of 2012.

The core of the group believe in Jihadi Salafi believes and in early years of in Syria dispatched to this country and joined terrorist group Al-Nusra Front(now, HTS). After separation of Al-Nusra Front and ISIS, ISIS constraining policies did not let this group to be active, therefore they joined Al-Nusra Front and got permission to act independently in the northwestern parts of Syria.

Harakat Muhajirin Ahl Sunnat Iran has its own flag, organization, bases and HQ, and most of their activities are focused in north of Lattakia and Hama and before it was in west of Aleppo. According to current information, the number of people in this group is estimated between 150 to 250, most of which are Kurd and Balooch.