Ansar Allah heavy attack to Maas base in Marib province 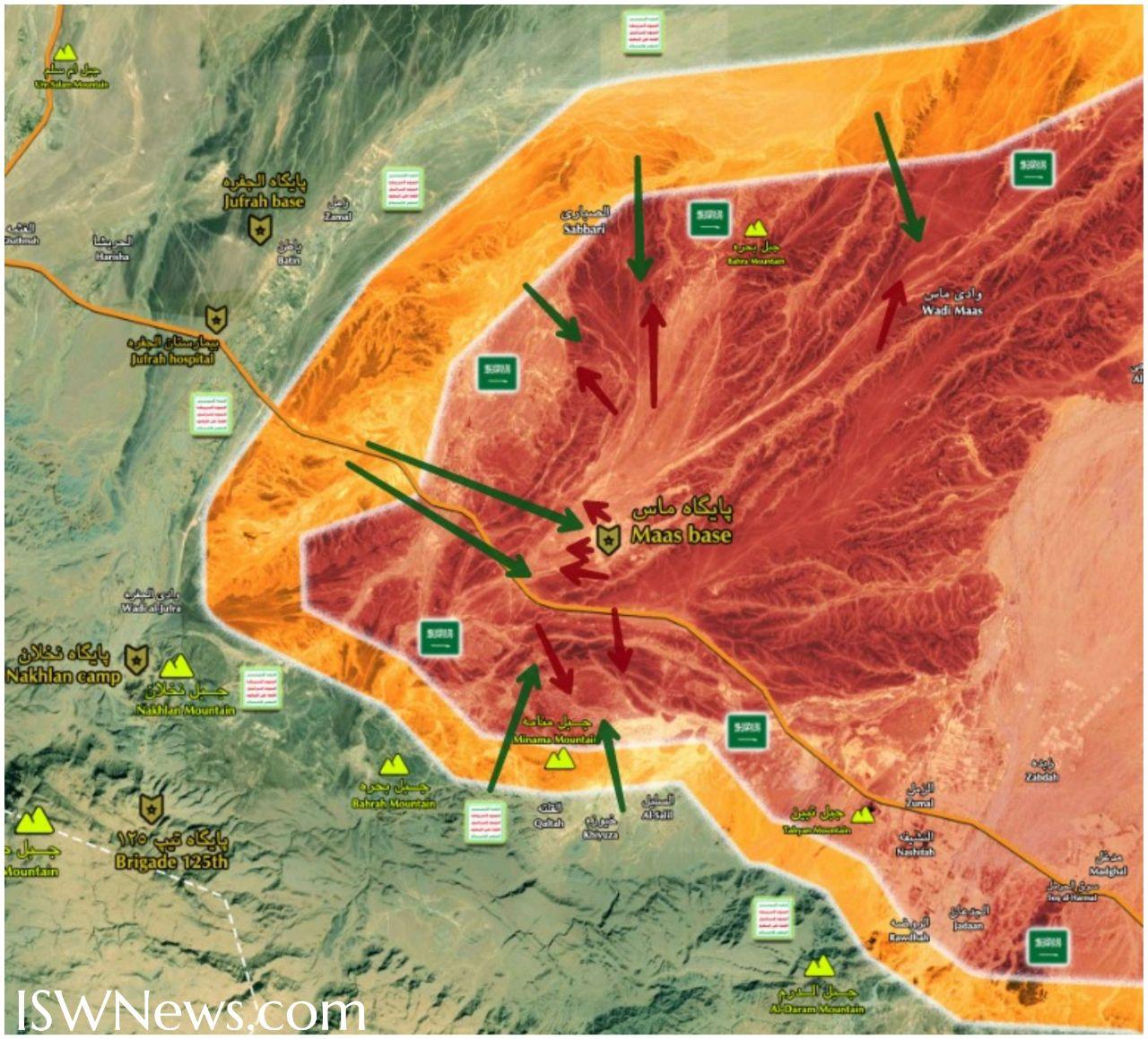 According to our local sources, this attack is from several axes and Saudi-led coalition positions in northwest of Marib are under attack by Ansar Allah drone and missiles.

In following year Ansar Allah launched two large attacks on April 2 and June 16 to Maas base which did not result in full liberation of the base due to Ansar Allah strategic plans. Ansar Allah goals in attacks of several months in west Marib are: 1. Draining Saudi coalition strength and 2. Imposing heavy damages to Saudi coalition.

Maas base is the HQ of coalition in west of Marib province, the most important base and military point in the area. Its liberation is the key to further advances in Marib and beyond.