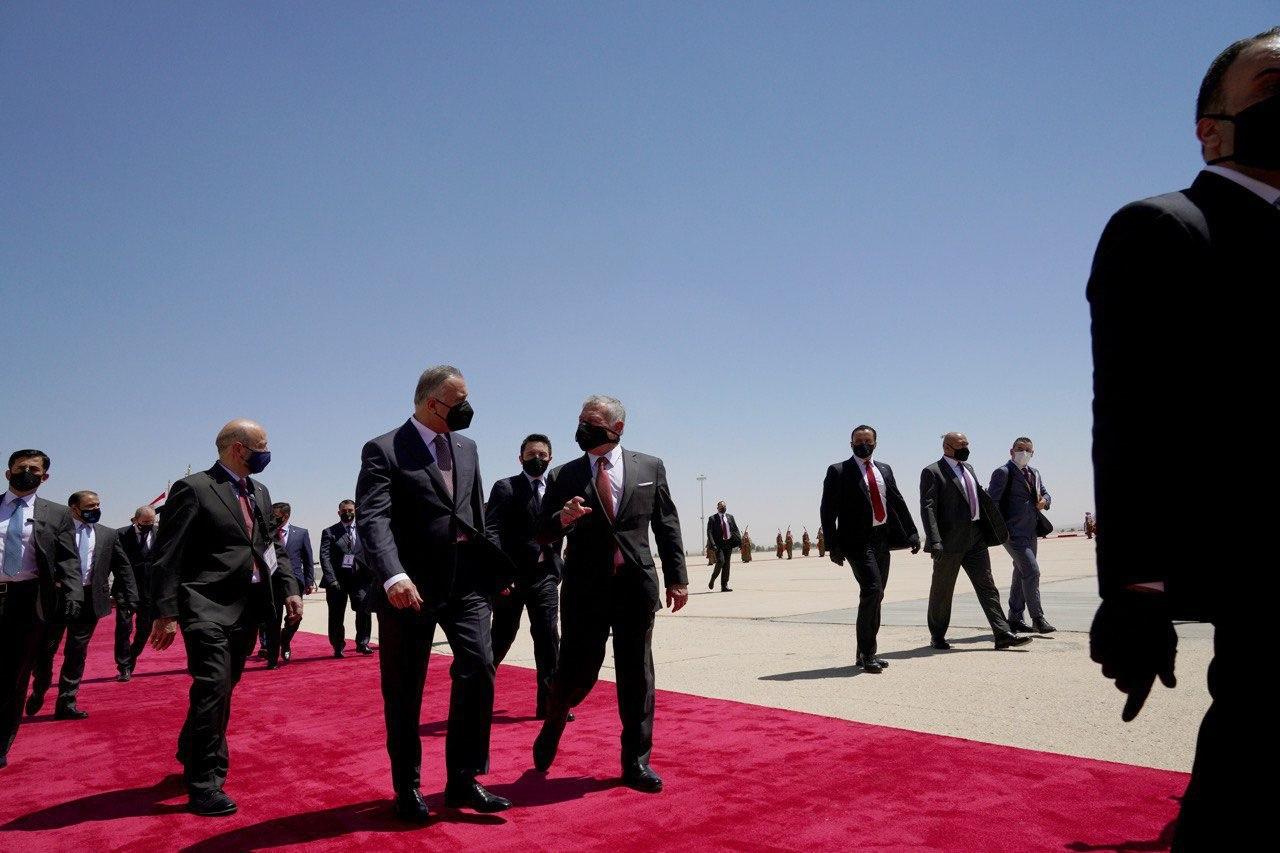 – Four members of the federal police were killed and four others were injured in an attack by ISIS elements on the village of Ghaida, southwest of Kirkuk.

– An Iraqi army soldier was killed in an ISIS attack in the Adhim area of ​​Diyala province.

– Al-Kadhimi was officially welcomed by Abdullah II in Amman Airport
Iraqi Prime Minister Mustafa al-Kadhimi traveled to Jordan for a trilateral meeting with Jordanian King Abdullah II and Egyptian President Abdel Fattah al-Sisi. The three countries issued a joint statement emphasizing the preservation of the unity and independence of the countries in the region and the right of the Palestinians to have an independent state with the capital Jerusalem.

– Turkish military aircraft targeted a vehicle belonging to the Sinjar Resistance Units (YBS) near the Sanuni section of Sinjar district.
Iraq says two civilians were killed in the attack.

– PKK released footages of a suicide drone attack on a Turkish military point in the Shiladze area.

– Mustafa Al-Kadhimi immediately after returning from a trip to Jordan participated in the mourning ceremony of Imam Hossein (AS) in Kadhimiya.

– ISIS elements attacked Iraqi police near the town of Obaidi, east of Qaem.
According to unofficial reports, two Iraqi policemen were killed in the attack.

– A bomb exploded in the path of two vehicles belonging to the UN convoy in the area of ​​Bartlah, east of Mosul.
The “Saraya Olia al-Dam” resistance group claimed responsibility for the attack, saying it was carried out on an American military vehicle.

– ISIS attack on the convoy of “Al-Tash” police chief in Anbar province.