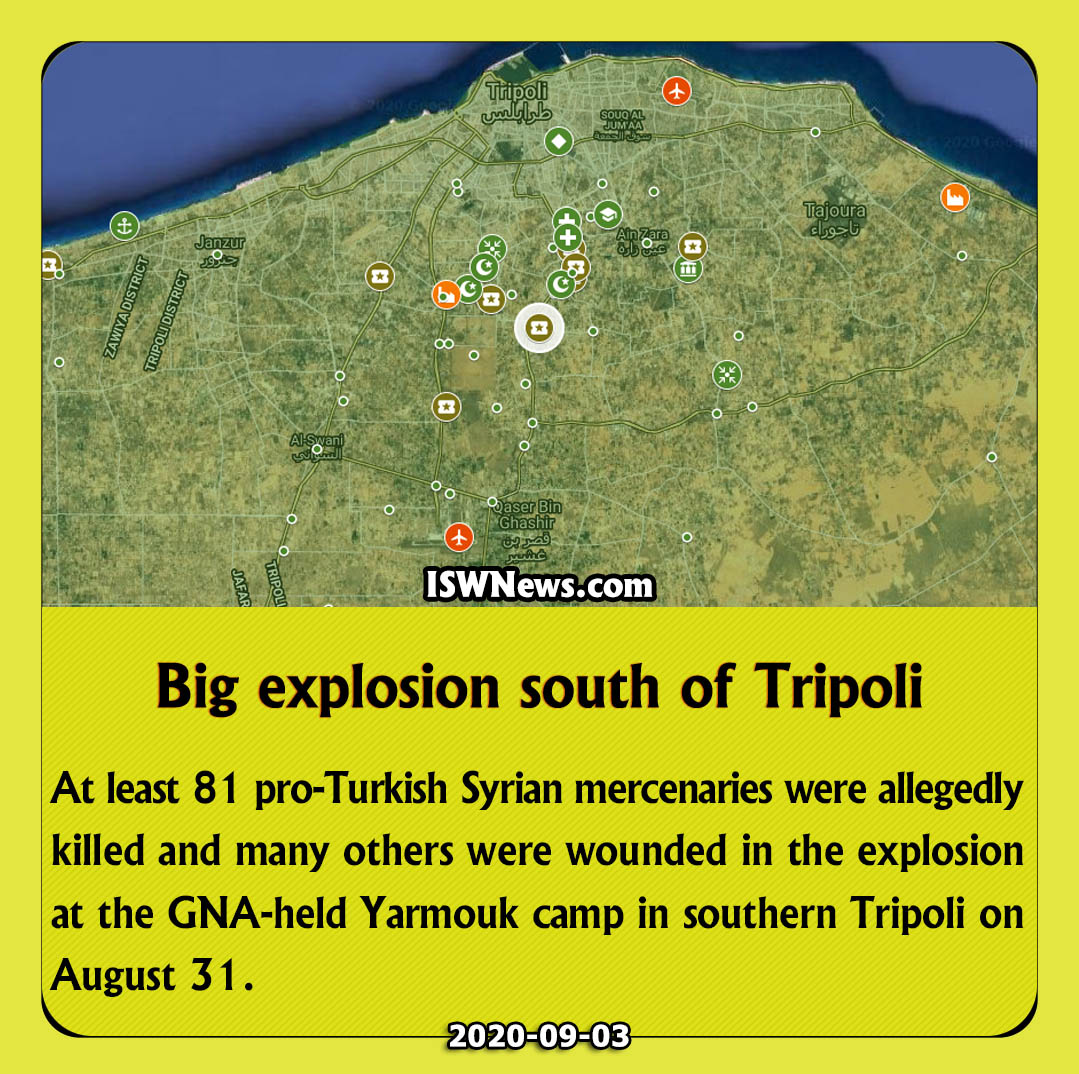 ISWNews Analysis Group: At least 81 pro-Turkish Syrian mercenaries were allegedly killed and many others were wounded in the explosion at the GNA-held Yarmouk camp in southern Tripoli on August 31.

The base is under the GNA control and the cause of the explosion has not been officially announced yet. Some have attributed the blast to a car bomb, and there have been rumors of clashes between GNA forces and Syrian mercenaries over financial issues.