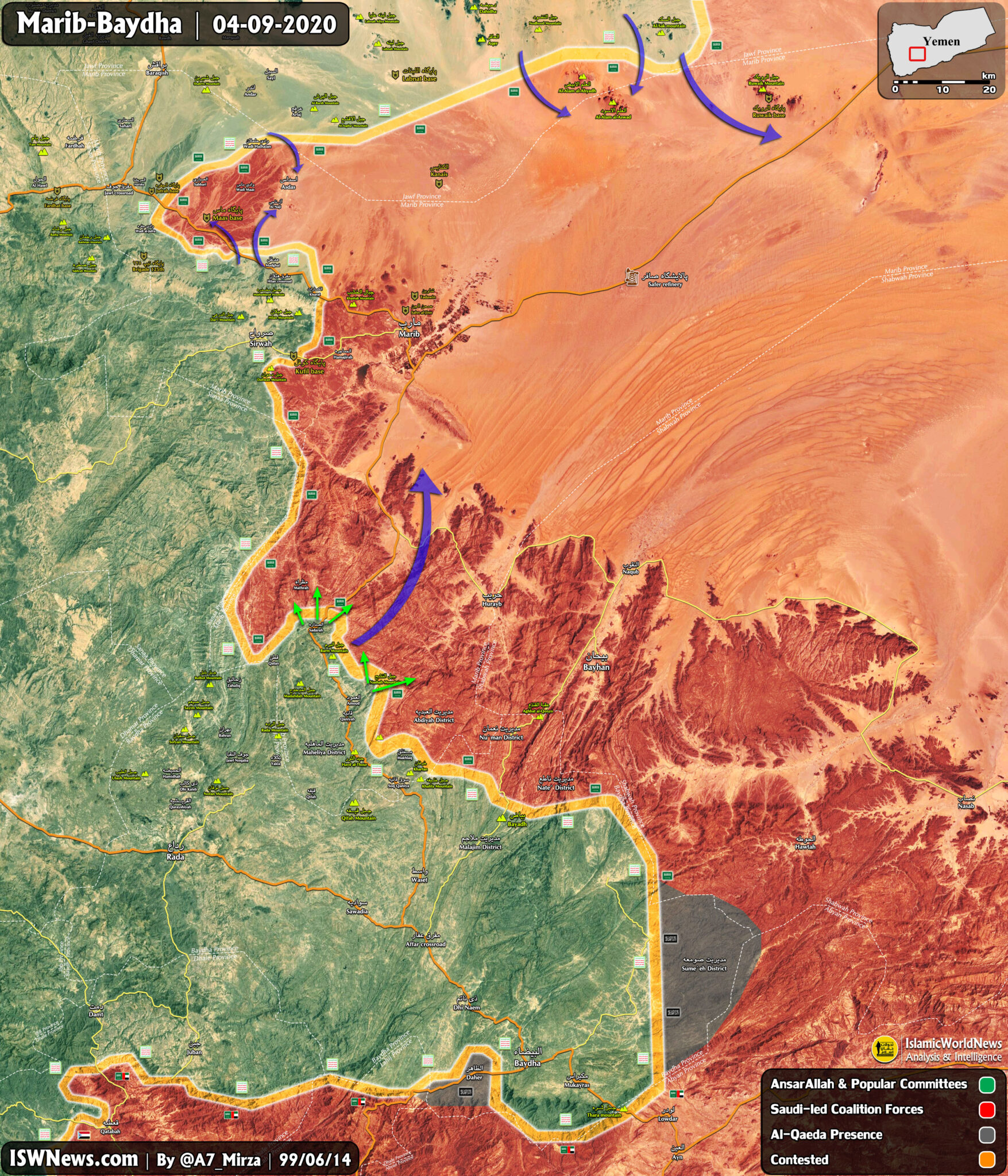 To retaliate the peace treaty between Maheliyah and other tribes with Ansar Allah, Saudi coalition warplanes bombed those areas.

– Northern axis is pursued to liberate the last strategic heights in north of Marib province and Ruwaik base, controlling which cuts the main roads to Marib city.
– Western axis divides into sub axes, among which the important ones are the northern from Wadi Halhalan and the southern from Madghal to surround strategic base Mass and remaining areas.
– In the southern axis, Ansar Allah launched vast operation in recent weeks to reclaim districts Abdiyah, Rahbah and Harib in south of the province and heights of the area which results in controlling the southern main road.