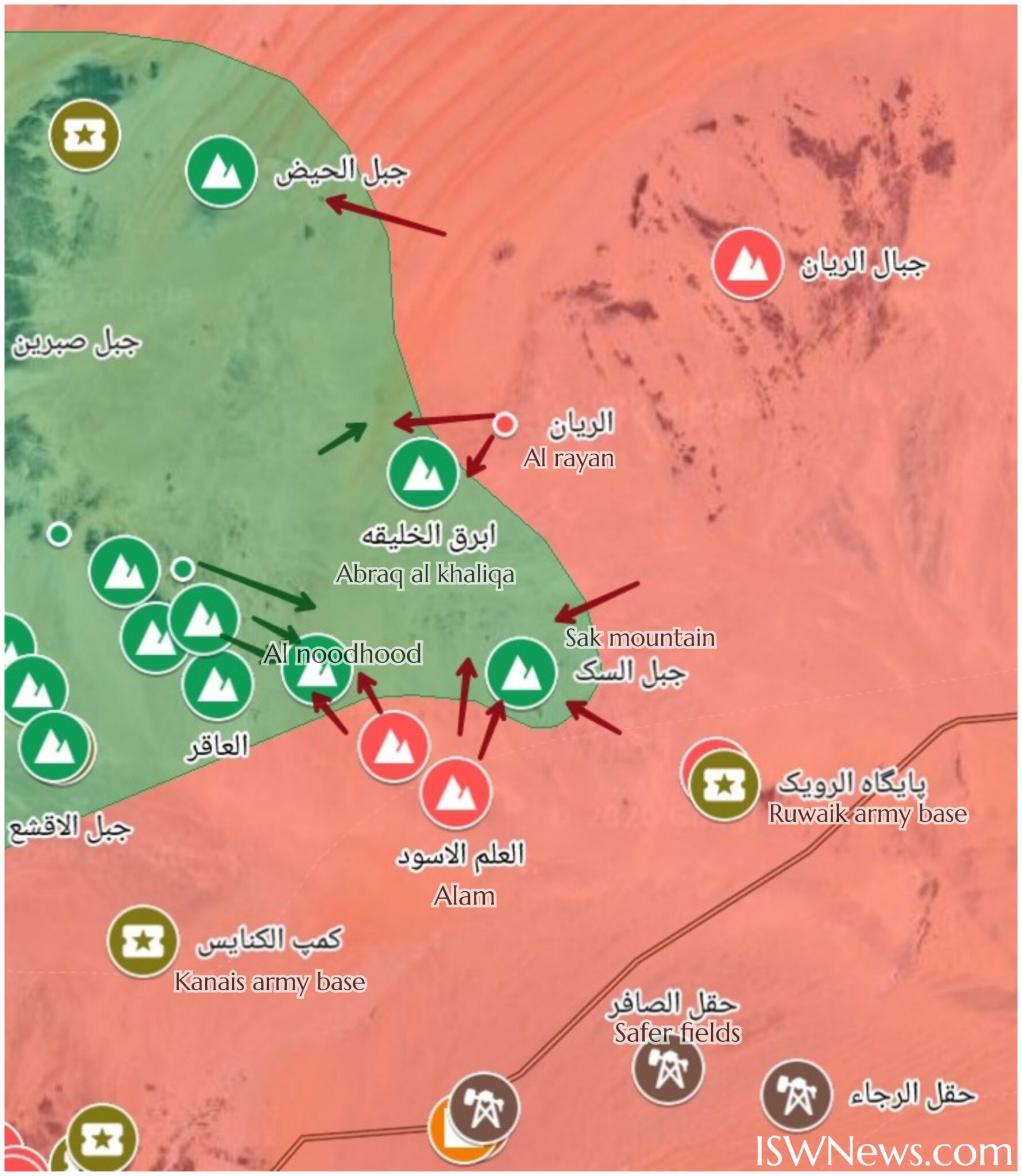 Saudi-led coalition forces and Mansour Hadi forces launched attacks in Khab and Shaaf district and eastern axis of al-Labanat base under aerial support of the coalition which did not result in any significant advance so far. The engagement continues in Alam and Rayan deserts.

Due to desert train and no residential area, controlling the area does not have a significant superiority for either side in Marib and the only important point is Ruwaik base as defense line in Marib.
The recent attack by the coalition is to keep Ruwaik secured to keep the northern defense line of Marib against Ansar Allah.