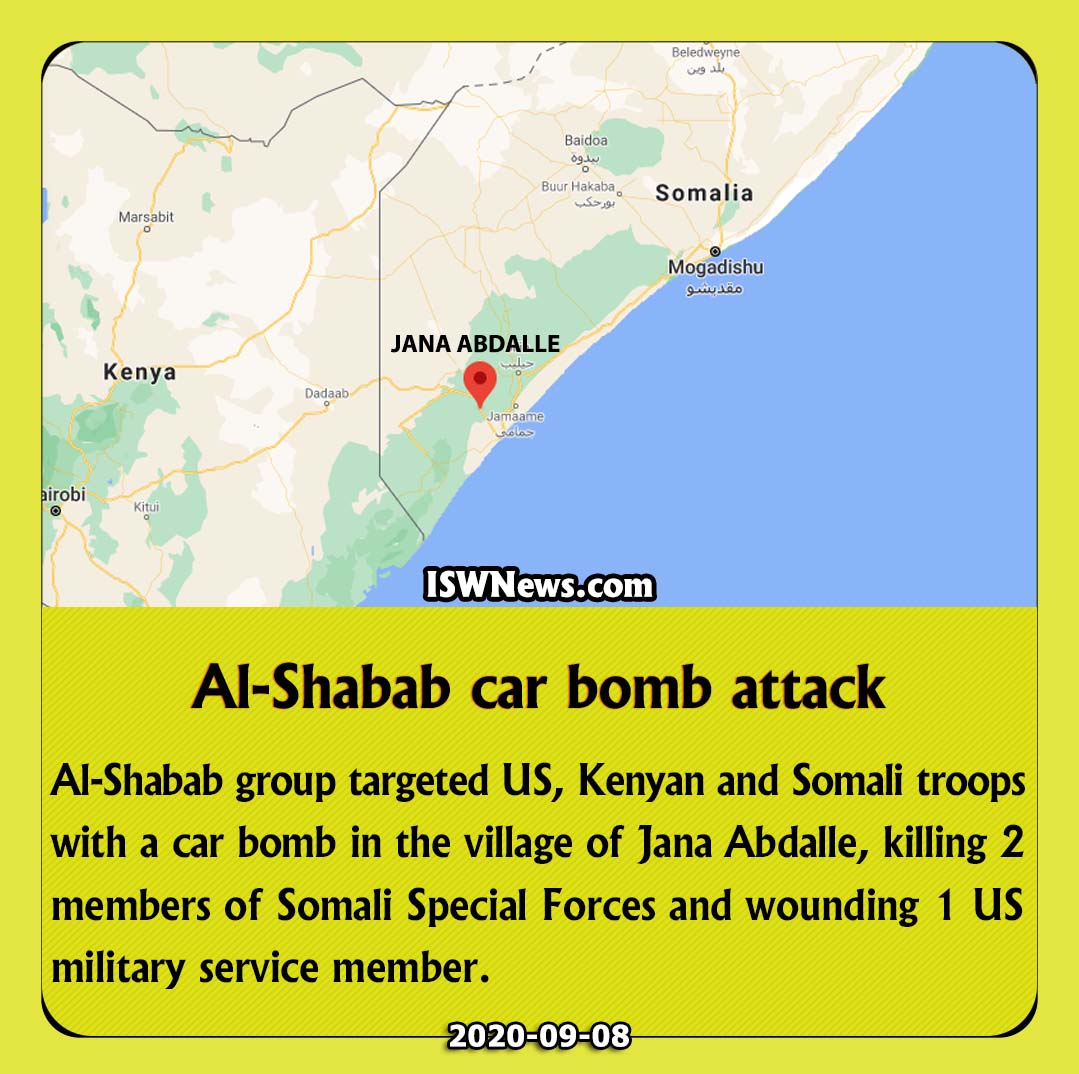 ISWNews Analysis Group: Al-Shabab group targeted US, Kenyan and Somali troops with a car bomb in the village of Jana Abdalle, killing 2 members of Somali Special Forces and wounding 1 US military service member.

The village of Jana Abdalle is located 60 km northwest of the coastal city of Kismayo. The village has recently liberated from al-Shabab forces.
According to available information, the attack was carried out against a joint patrol convoy of American, Kenyan and Somali forces.

Al-Shabaab said in a statement that 16 soldiers, including four American soldiers, had been killed and dozens more wounded in the attack; But Somali officials have denied Al-Shabaab claims.