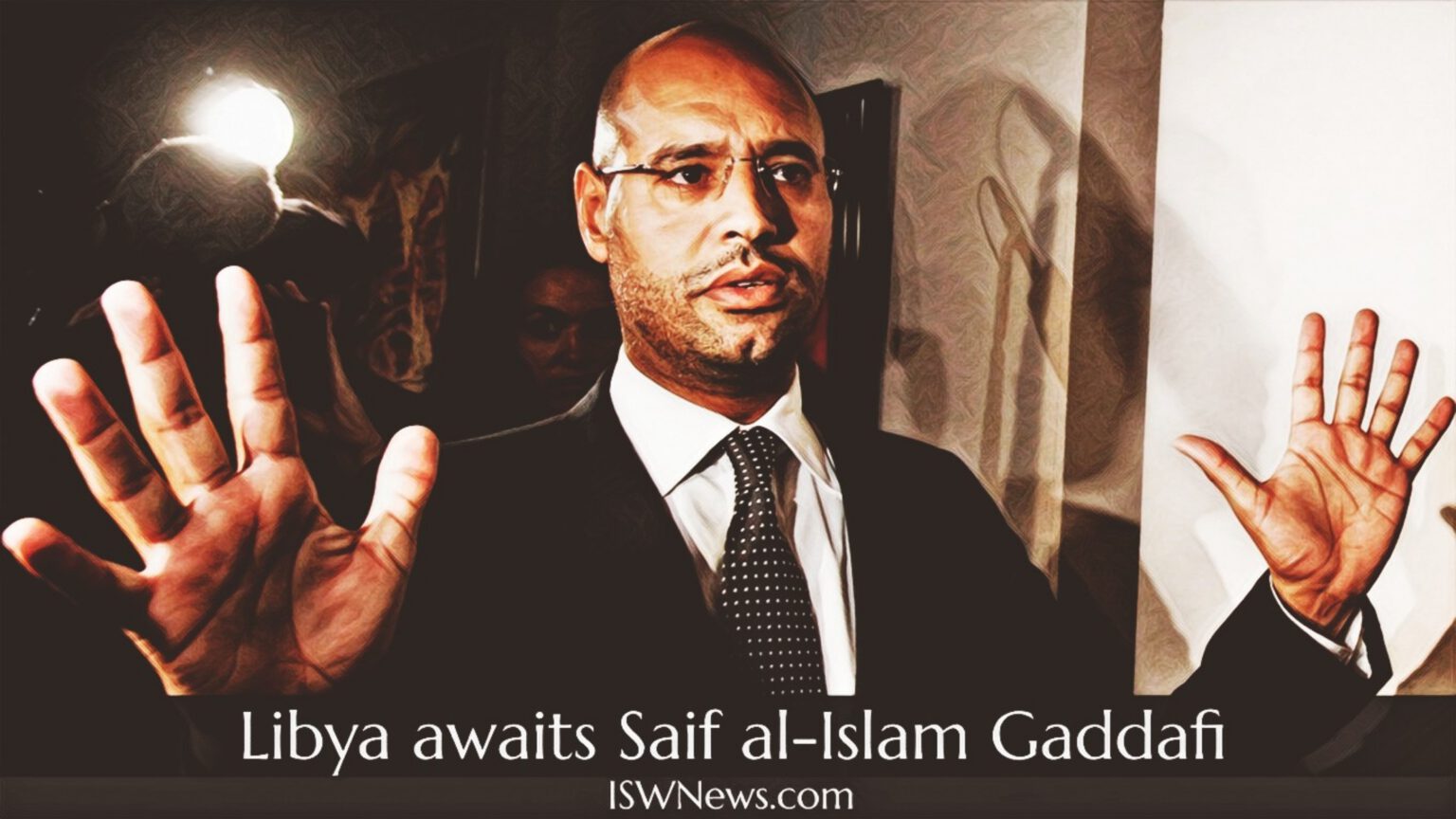 Recent developments in Libya have led to the possibility that Muammar Gaddafi’s son Saif al-Islam will return to the political arena more than ever.

After conflicts broke out between two movements “Libyan National Army” (LNA) led by general Haftar and “Government of National Accord” (GNA) led by Fayez al-Sarraj in northwest of Libya, pressuring Libya to accept ceasefire, resuming oil export, etc. by foreign powers, led Libya in a direction that is important in the future of Libya.

The following article is based on the situation right now and the details can change in the future. The deductions are as follows:

1- Russia supporting Saif al-Islam Gaddafi:
Some western analysts believe that Russia is using its influence in military, politics, society, etc. to bring back Saif al-Islam Gaddafi to libya’s politics. (These Russian forces include Maxim Shogali and Samir Saifan who are arrested by GNA and now in prison.)
He says that using Wagner forces and using Arabic countries support (e.g. UAE) for LNA, Russia planned to occupy Tripoli which was not successful due to Turkey intervention. Now Russia, with the help of some European countries, is trying to prepare the situation for Saif al-Islam Gaddafi to come back to power.
It is said that a person close to Putin, labeled as “Putin’s cook” is initiating a political movement whose mission is to acquit Saif al-Islam Gaddafi from terrorist activities and accuse his opponents and apparently its goal is to establish “security and peace, and a decisive Libya.”
In the negotiations, Russia told Turkey that cities Sirte and Jufra are its red lines, since it counts on Sirte tribes support for Saif al-Islam. In addition Sirte is the gate to oil resources of libya and Russia won’t ignore it easily.

2- The influence of normalizing the relations between UAE and Zionist regime on libya:
In addition to the influence on Palestinian groups fighting Zionists, normalizing the relations between UAE and Zionist regime has influence on UAE foreign and military policies specially in Yemen and Libya.
One reason behind this agreement is failure of UAE in Libya and Yemen wars, which forced Emirates to form a coalition with more influential powers.
The incidents of the last year in Libya are influenced by tensions and policies of countries which intervened in the civil war. UAE’s intervention only brought heavy expenses for them.
Having the least common interests with the other major support of LNA, i.e., Russia and limited military capabilities against Turkey are among the failure reasons.
The influence of Israel and UAE relations on Libya will be clearer in future, however we should not forget about the abduction of Imam Musa Sadr in Libya and hidden relations between Gaddafi family and Israel (claimed by Muslim Brotherhood).

3- Reduction of political support for general Haftar:
Currently the supporters of LNA are changing direction from supporting militancy, which resulted in rejection of Haftar’s plan to reclaim Tripoli, to supporting ceasefire and political solutions.
However this is the result of Russia and Turkey agreement mainly, which also brought serious troubles such as conditional resignation of Fayez al-Sarraj which was decried by Turkey.
GNA leaders, under influence of European countries, saw their recent victory in northwest of Libya a good opportunity to leave the power and rise the peaceful flag!
On the other hand, Aguila Saleh Issa, head of parliament, is supported by Egypt to be a new player in east of libya and resulted in anger of general Haftar. This can be related to Haftar’s relation with Venezuela and his oil policies, which are mainly dictated by Russia. This is not acceptable by USA and therefore the root of USA supporting Turkey’s intervention in Libya is to remove Haftar slowly using Egypt and UAE.

Considering the recent incidents, the pressure of European countries on GNA caused GNA to accept the ceasefire and hold the election. Russia influence in the east and USA will resulted in limiting nationalist general Haftar power in east of Libya.
Continuation of ceasefire, resuming oil export and holding presidential election are the topics to discuss between four influential powers in Libya, i.e., Russia, EU, Arabic states and Turkey. In case of an election in March 2021, the main candidate will be Saif al-Islam Gaddafi.