Azerbaijan on the break line! 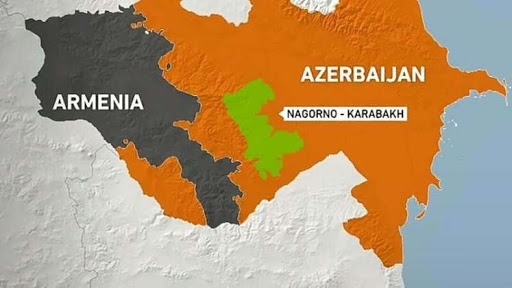 Overview of the defeat of Azerbaijani forces in the Nagorno-Karabakh battles in the early 1990s.

Heydar Alireza oglu Aliyev, the third President of Azerbaijan, took office on October 3, 1993, to end the military defeat of the country against the Armenian army and Artsakh militias in the Nagorno-Karabakh war. The presence of Iranian advisers and Afghan fighters (Gulbuddin Hekmatyar’s Islamic Movement Party), Chechens, Kyrgyz and Uzbeks in the battles of this war was the result of his foresight to draw the other side to balance the battlefield. With the presence of these forces, the battles were stabilized in favor of the Azeri side and little progress was made on the battlefield of Karabakh. The number of troops trained for combat in the mountains and rugged terrain was even higher than before.

By changing the military situation, Azerbaijan was maneuvering on political options and trying to combine military and political victories. It is safe to say that the second half of 1994 was a miserable year for Haidar Aliyev, and that all his aspirations to draw new ground for battle were fading.

This time the new tactics of the Armenian army and guerrillas in the war were unveiled. The large-scale offensive, accompanied by armored attacks, heavy artillery fire, and heavy artillery attack and attacking to main supply roads created new conditions in the war.

The city of Aghdam fell with the same tactic and the Armenian forces reached the plains of Azerbaijan from the mountains and there was no significant obstacle in front of them to be able to stop their advance.
Wrong assessment of the Armenian advance into the interior of Azerbaijan led to the concentration of forces and equipment on the middle front of the battle to prevent them from continuing to advance in the central regions of the country. But the Armenian forces moved the war to the other side.

The regiment of Armenian forces poured from the Agdam front to the south of Nagorno-Karabakh and the Rayons bordering Azerbaijan with Iran. About 10 months after the noisy election of Heydar Aliyev, this time it was the turn of Gabriel’s and Fuzuli defenders to test themselves against the attack of about 10,000 Armenian troops and about 5,000 Armenian guerrillas (Artsakh). The invading forces were supported by artillery fire and armored forces (tanks and personnel carriers), and their large presence led to a bloody battle. The battles in the forested areas and surrounding hills soon reached the town of Fuzuli, and between August 16 and 23, 1994, most of the Fuzuli district fell to Armenian forces and were occupied. Rayon Jabrayil suffered the same fate and in a short time Azerbaijan lost the rhyme on the battlefield. Air support only delayed the withdrawal of Azeri troops and guerrillas.

The advance of the Armenians was so rapid that the Azeri forces chose the option of delayed and retreating operations. About 20,000 civilians lost their homes and fled to the Iranian border and the Aras River. Of course, these people were the last ones who were willing to evacuate their homes due to the fall of the defensive positions. Military and paramilitary forces were also behind them, and Iranian territory was the only place they could take refuge. Governor of Fuzuli also came to Iran with these refugees. Horadiz-Mil Moghan Dam (joint dam) on Aras acted as a bridge to cross. In addition, trucks, small boats, horses, and mules transferred people through Aras into Iranian territory. After a while, the Horadiz dam was under siege and occupied by the joint forces of Armenia and Artsakh. But there were still other Azeris behind the border.

During all this time, the artillery fire of the Army of the Islamic Republic of Iran played an important role in evacuating the remaining civilians and the military so that they could cross the Aras River with BTR trucks, tanks, and military and civilian vehicles. Of course, news about the construction of floating bridges by army and IRGC engineering units on Aras was published unofficially. There are rumors about the martyrdom of Iranian Revolutionary Guards and Afghan Mujahideen in this battle, which has not been confirmed yet, and only the inscriptions of a few gravestones of the victims of the Nagorno-Karabakh war in Kheradlan (a city near Baku) show this fact.

After capturing northern Aras, Armenian forces attempted to blow up the Horadiz-Mil Moghan dam, which was opposed by Iran and the threat from the Iranian side caused them to withdraw from this action.
Relief aid from the Red Crescent and the Iranian Relief Committee in East Azerbaijan Province (according to the country’s divisions at the time) was sent to Azerbaijani refugees on Iranian soil. Rescue teams provided temporary shelter for the wounded by setting up tents and setting up a camp.

Ambulances also transported the seriously injured to Ardabil and Tabriz hospitals. Azerbaijani President Heydar Aliyev upon entering Iran and visiting the refugee camp, blamed the Fuzuli governor and his military and paramilitary commanders for the defeat and called for the removal of incompetent personnel.

Azerbaijani military and paramilitary forces due to the dire situation on the battlefield, in the shortest time transferred to Azerbaijan with all their weapons via the corridor provided by Iran in the Bile Savar border crossing to prevent the advance of Armenian forces to the east (Imishli and Saatli Rayons). Dozens of Iranian trucks were also tasked with transporting refugees back.

The remarkable point in this battle and defeat was the loss of the communication line of Zangilan road and its only communication route was supplied from Iran and a population of 60,000 people was besieged.
Under these circumstances, Aliyev’s government was still needed Iran’s helpa. Of course, Azerbaijan planned an operation to retake the lost areas north of Aras, which was given the green light by Iran. Azeri planes entered the occupied territories from Iranian airspace and heavily bombed the area around Horadiz.
Even Iranian artillery units assisted Azerbaijan in the military operation against Armenian forces, and surveillance from the Iranian side caused heavy casualties to the Armenians. Joint Armenian forces withdrew from a significant part of Rayon Fuzuli, but the towns of Jebrayili and Fuzuli and the line of contact with Zangilan remained in their hands.

Shortly afterwards, Zangilan fell and the process of displacing refugees to the Iranian border was repeated. Of course, the President of Azerbaijan later expelled the Iranian advisers who were training his country’s forces from Azerbaijan so that religious beliefs would not be formed among the armed forces of this country.
Heydar Aliyev’s political project led to a political defeat and a forced ceasefire after the Minsk summit. After the end of the war, his government turned to the economic strengthening of Azerbaijan, the extraction of oil and gas from the Caspian Sea and the distortion of the history of the Nagorno-Karabakh war, to the point that the recapture of the occupied territories of Fuzuli was only the result of efforts by the Azerbaijani armed forces. But most people in this country never forget about Iran’s humanitarian aid and military help to Azerbaijanis. 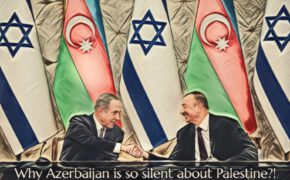 Why Azerbaijan is so silent about Palestine? 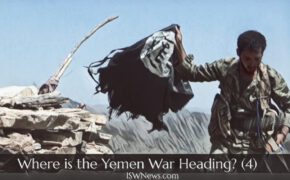 Where Is the Yemen War Heading? Part 4 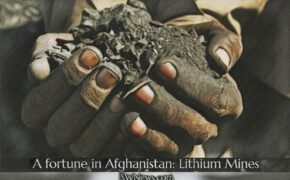