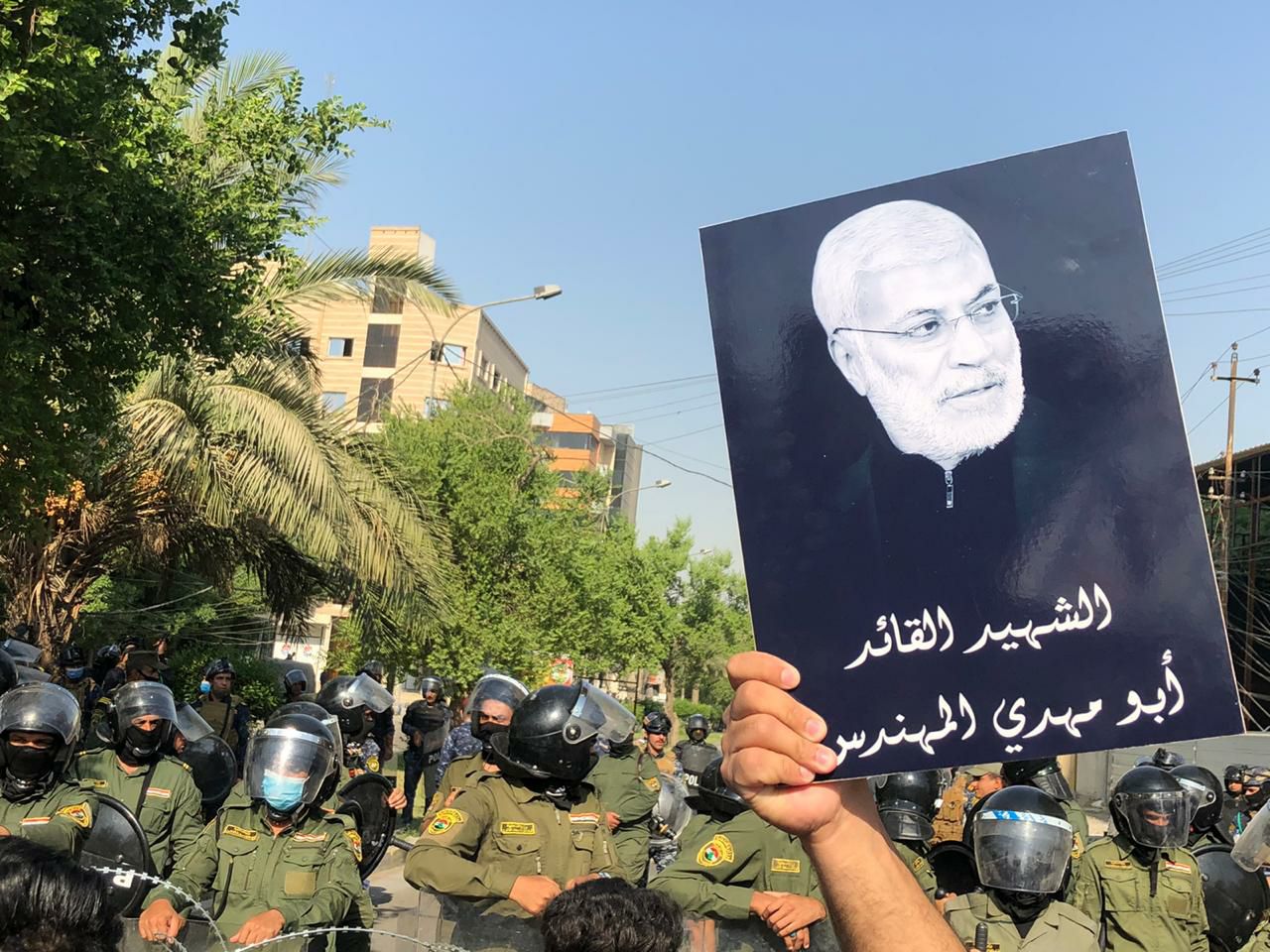 ISWNews Analysis Group: Due to controversial remarks of Hoshyar Zebari, a leader of Kurdistan Democratic Party (KDP), against Hashad al-Shaabi, people and supporters of Hashad al-Shaabi gathered in front of the party office in Baghdad and set it ablaze.

Hoshyar Zebari, who has been former FM and DM of Iraq, in a recent interview with al-Hurrah (close to USA), accused Hashad al-Shaabi of attacking American bases in Erbil and Baghdad and consider it equivalent as ISIS attacks. He asked PM Al Kadhimi to confront Hashad al-Shaabi, exiting their forces from Green Zone of Baghdad, changing the commanders and immobilizing people against Hashad al-Shaabi.

Following his remarks, different political groups of Iraq show solidarity with Hashad al-Shaabi and invited people to gather in front of Kurdistan Democratic Party office in al-Karadah area of Baghdad.
The protests went violent by setting the pictures of party leaders ablaze in presence of special forces and eventually the protesters occupied the office and set it ablaze and rised flag of Hashad al-Shaabi above it.

In the first reaction, KDP party threatened the government to sue. Stepping back from his previous remarks, Hoshyar Zebari said relationship with commanders of Hashad al-Shaabi is historical and close.