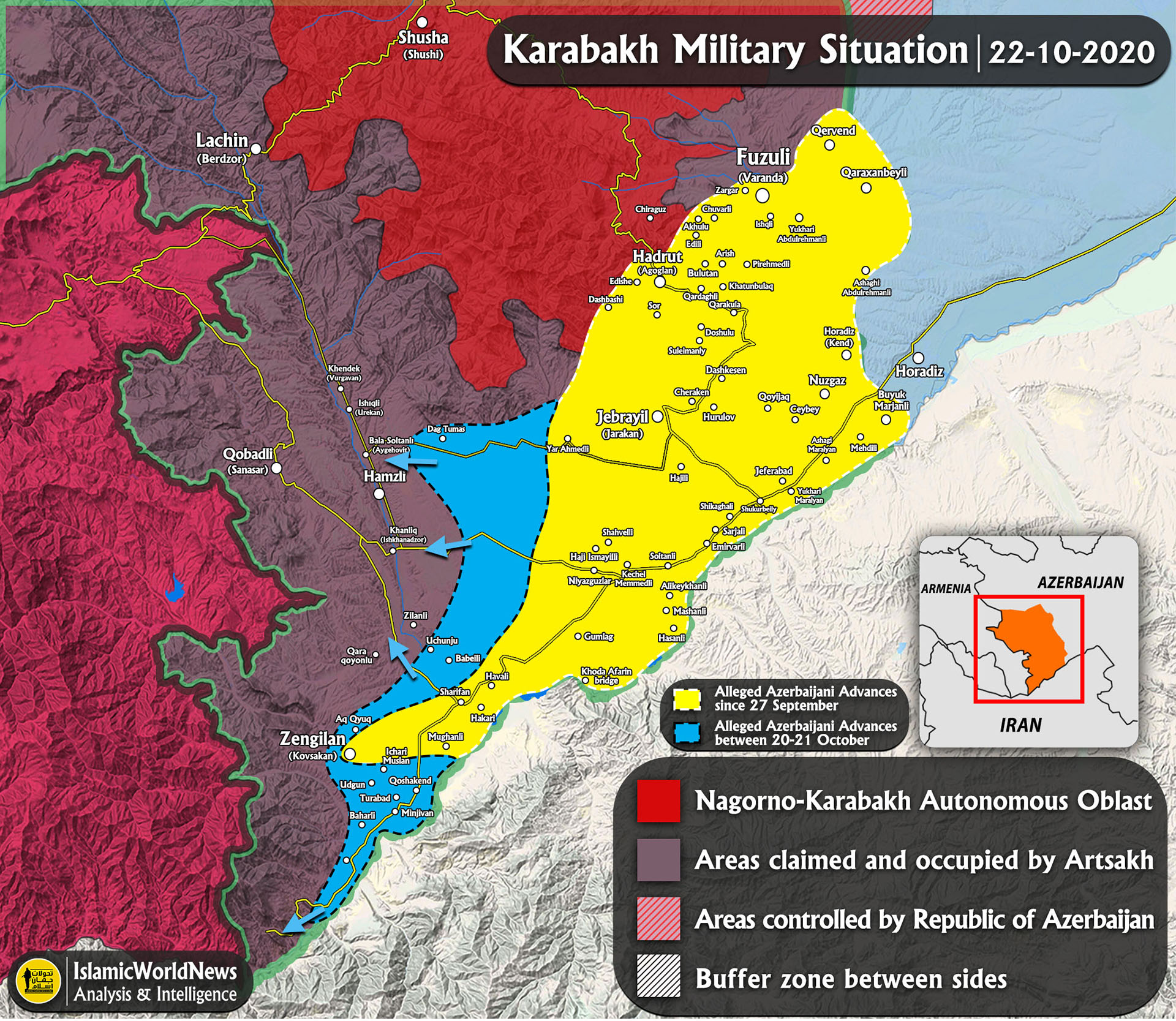 ISWNews Analysis Group: Following the Azerbaijani forces advance in the south of Karabakh region, the Azerbaijani army managed to clear 23 new villages from the Armenian forces.

Regarding the above names, it is noteworthy that the declared villages in the Jabrail and Fuzuli areas were under the control of the Azerbaijani forces in previous operations.

Currently, Azerbaijani forces are advancing near the Iranian border along the Aras River towards the Armenian border. Yesterday, the residents of the border village of Ozan in Iran witnessed the bombardment of the positions of the Armenian forces in this axis.
Also, Azerbaijani forces have reached the south and east of the region (rayon) Qobadli and clashes continue around the village of Bala Soltanli.