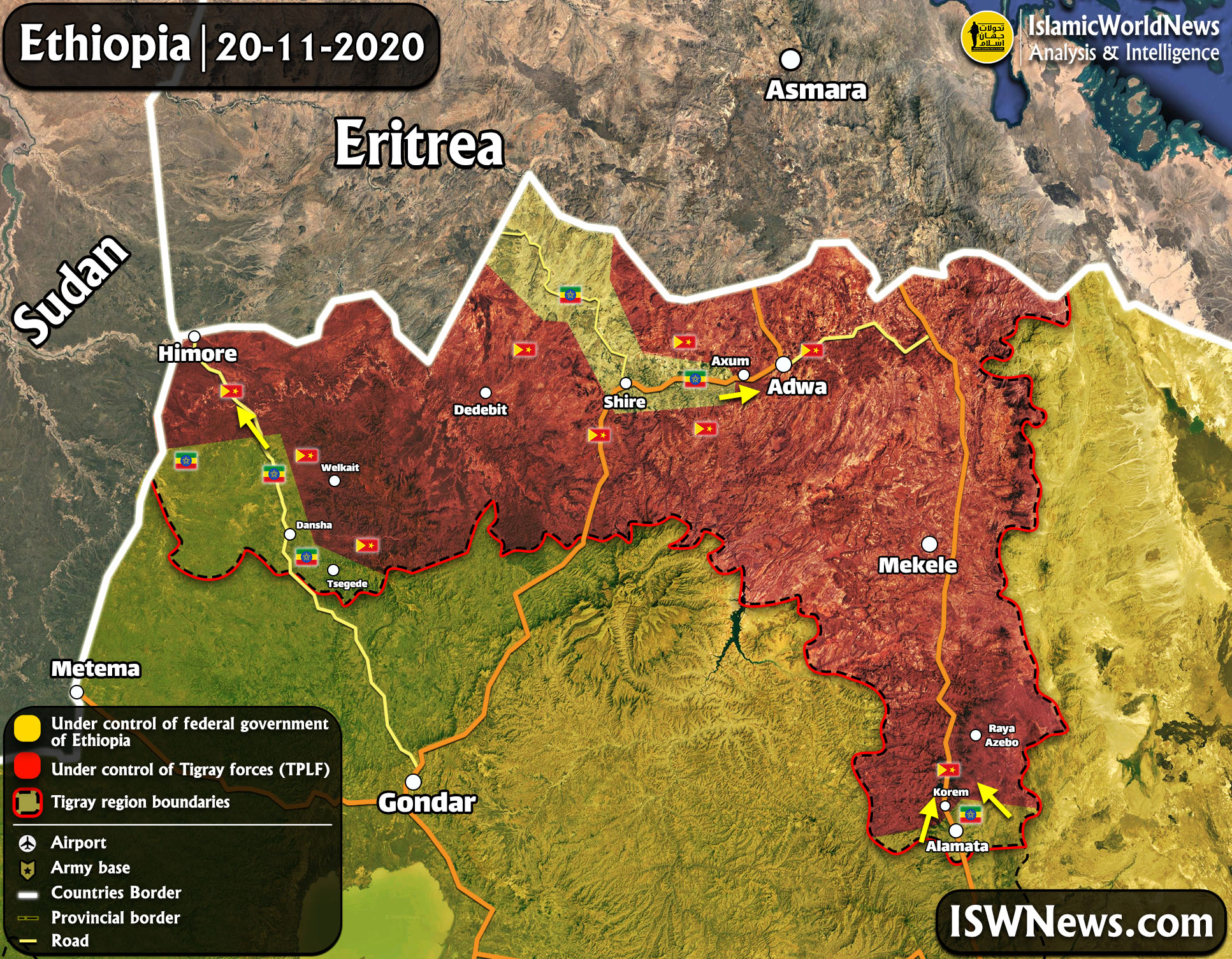 ISWNews Analysis Group: The Ethiopian army forces took control of the Shire region in the north of Tigray province.

Ethiopian military sources claim control of the town of Axum, as well as Adwa in the northern province of Tigray, but sources in the Tigris TPLF have denied the allegations, saying clashes continue in Axum.

On the southern front of the Tigray, clashes continue in northern Alamata in the Korem region between Ethiopian army and TPLF forces.

Ethiopian Prime Minister Abiy Ahmed has said in a new statement that Ethiopian troops will soon arrive in the capital Tigray, Mekelle.
The Ethiopian Broadcasting Authority has announced that it has suspended the press license of a Reuters reporter in Ethiopia. Warning letters have also been issued to the BBC and DW.

According to local sources, the Ethiopian government has stopped sending food, fuel and medical supplies to Tigray province for the past 17 days.

According to Amhara provincial officials, on November 219, the city of Bahir Dar was targeted by TPLF rockets.