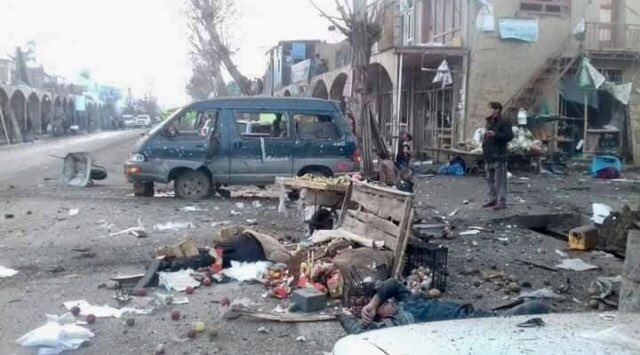 1- Kunduz:
During a joint operation by security forces on the outskirts of Kunduz, nine villages were liberated from Taliban control.

2- Bamyan:
15 people were martyred and 59 were injured in three terrorist explosions in Bamyan. Due to the lack of medical facilities in Bamyan, army helicopters transported the wounded of these terrorist attacks to Kabul Hospital. The Taliban has denied responsibility for the attacks. The Bamyan region is one of the safest places in Afghanistan, where the majority of the population is Shiite.

3- Ghor:
According to local sources, the Taliban blew up the Ghor-Herat transport bridge in the Kamanj Dar area.

4- Kandahar:
– A car bomb blast on Wednesday injured 18 people in the town of Ainomineh.
– 15 Taliban insurgents were killed and four others were wounded when Afghan army airstrikes on Taliban positions in the district of Panjwai.

5- Uruzgan:
A bomb blast near the Garmaw district of Tirin Kut has killed at least one police chief and injured several others.