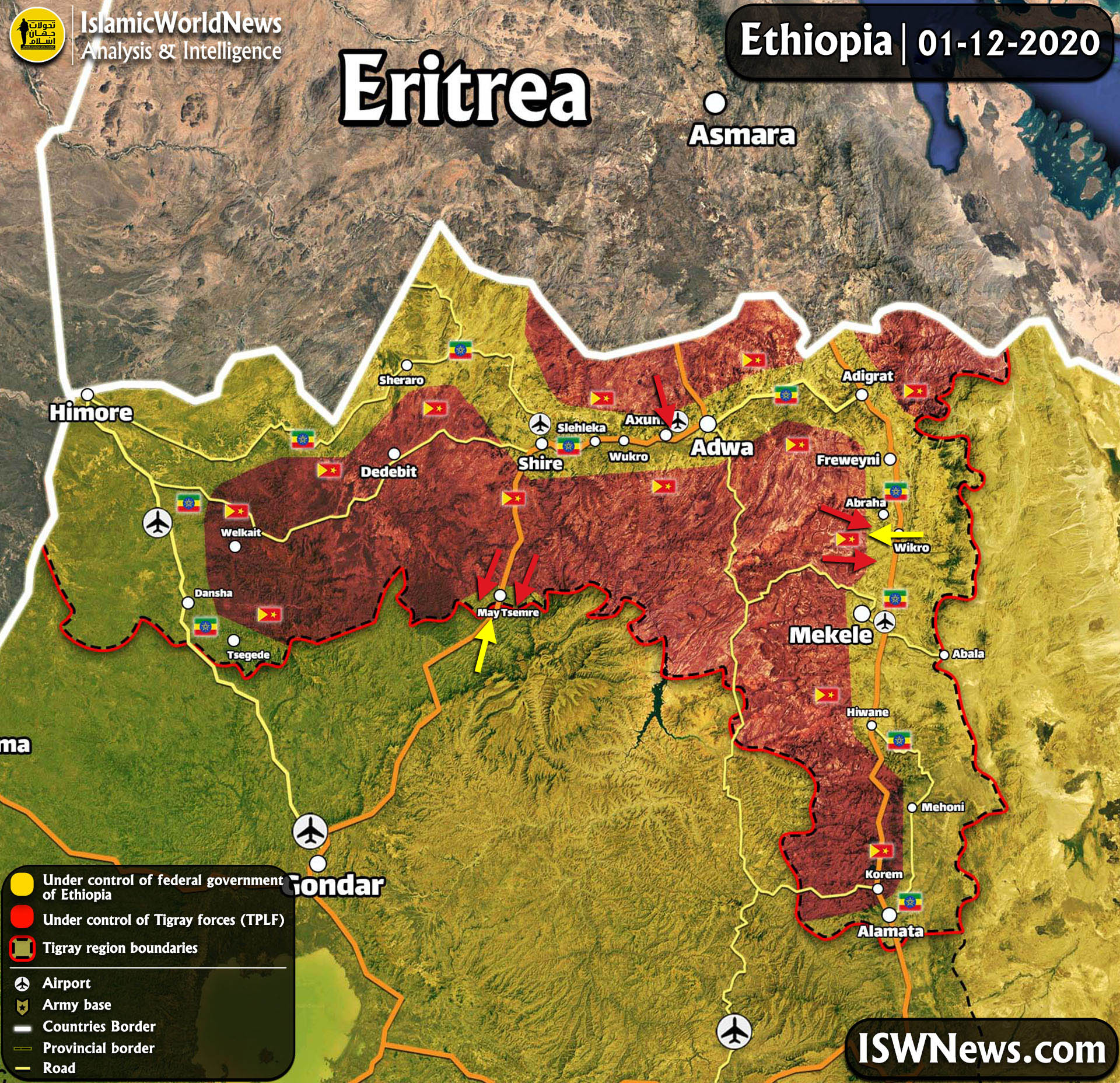 Leader of Tigray People’s Liberation Front (TPLF), Debretsion Gebremichael, said that the war is not over yet and conflicts continue near Mekelle. Abiy Ahmed, Ethiopian PM, reported the army is controlling Mekelle city, capital of Tigray and HQ of TPLF on 28 November 2020.

By continuing the battle in Tigray area, the refugees camp situation worsens and the inhabitants, who are mainly Eritrean refugees, face numerous problems. UN asked Abiy Ahmed administration to let them access the camps to help them with necessary needs.

According to latest field updates of north of Ethiopia, Eritrean army troops, who fight alongside Ethiopian army soldiers with TPLF, took position in Adigrat and Adawa areas.

In the last two days, TPLF claimed to reclaim towns Aksum and May Tsemre from the Ethiopian army but no evidence was presented.
The conflicts continue near Aksum and Wikro currently.
TPLF could shoot down a Mig-23 of the air force near Abiy Addi town and capture the pilot.