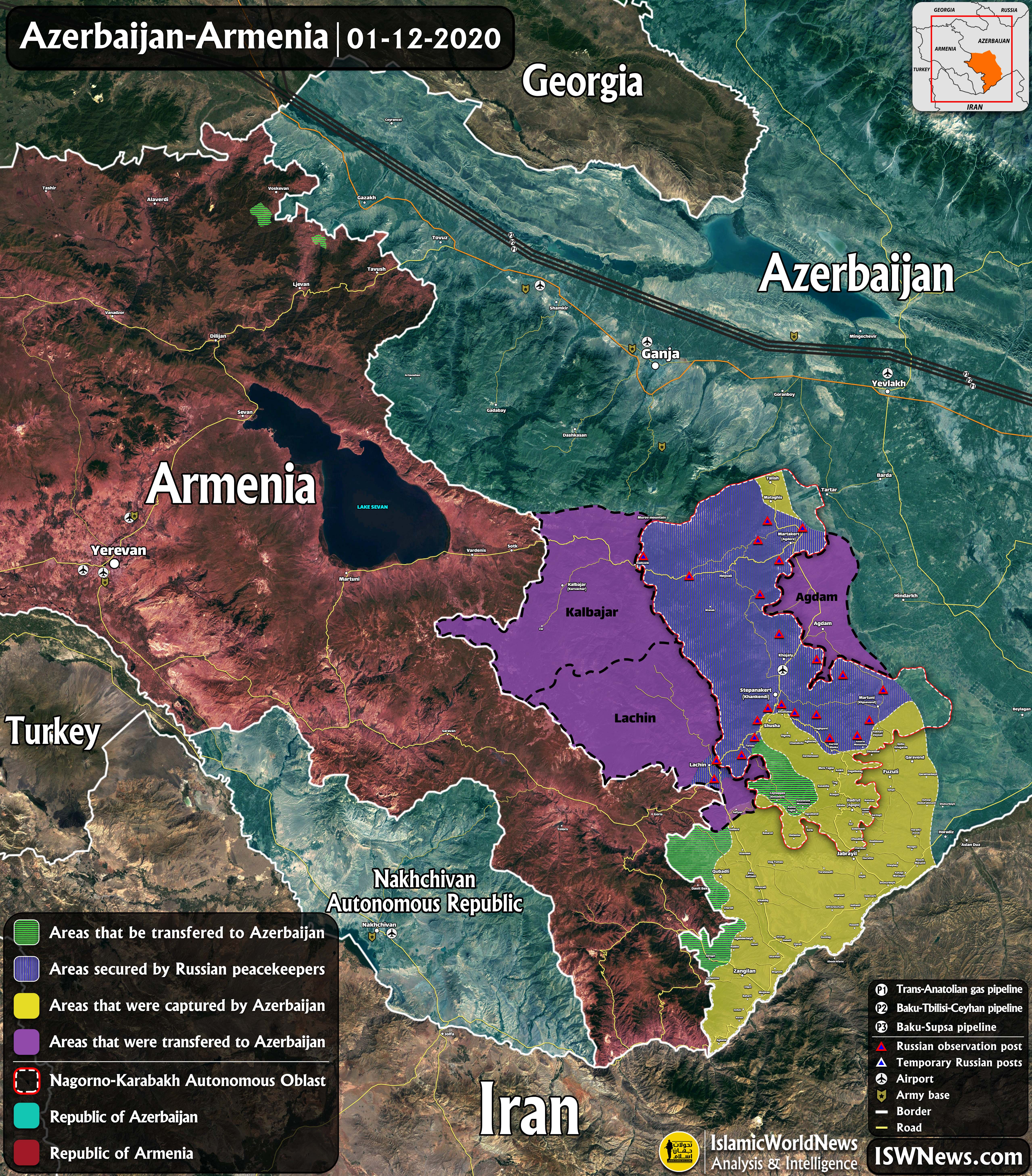 – According to information provided by the Russian Ministry of Defense, since the beginning of the ceasefire agreement in Nagorno-Karabakh, a total of 37,707 Armenian residents of Nagorno-Karabakh have returned to Karabakh from Armenia.

– According to information provided by the Russian Ministry of Defense, more than 148,000 hectares of land in Karabakh and 31 kilometers of roads have been cleared of mines and booby traps. The total number of bombs and ammunition defused is 4760.

– The leaders of the OSCE Minsk Group met with the President of Azerbaijan Ilham Aliyev in Baku.

– Azerbaijani army forces violated the Karabakh ceasefire by attacking Armenian positions in Khtsaberd and Hin Taglar. Four members of the Azerbaijani army lost their lives and several others from two sides were wounded in the clashes. Azerbaijan took control of the village of Hin Taglar and the monastery of Katarovank, but with the intervention of Russia, the conflict has stopped for now.

– The Ministry of Health of Armenia announced the identification and determination of the status of 2996 bodies of Armenian forces. Thus far, the deaths of 3,000 Armenian troops in the Second Karabakh War have been officially confirmed.