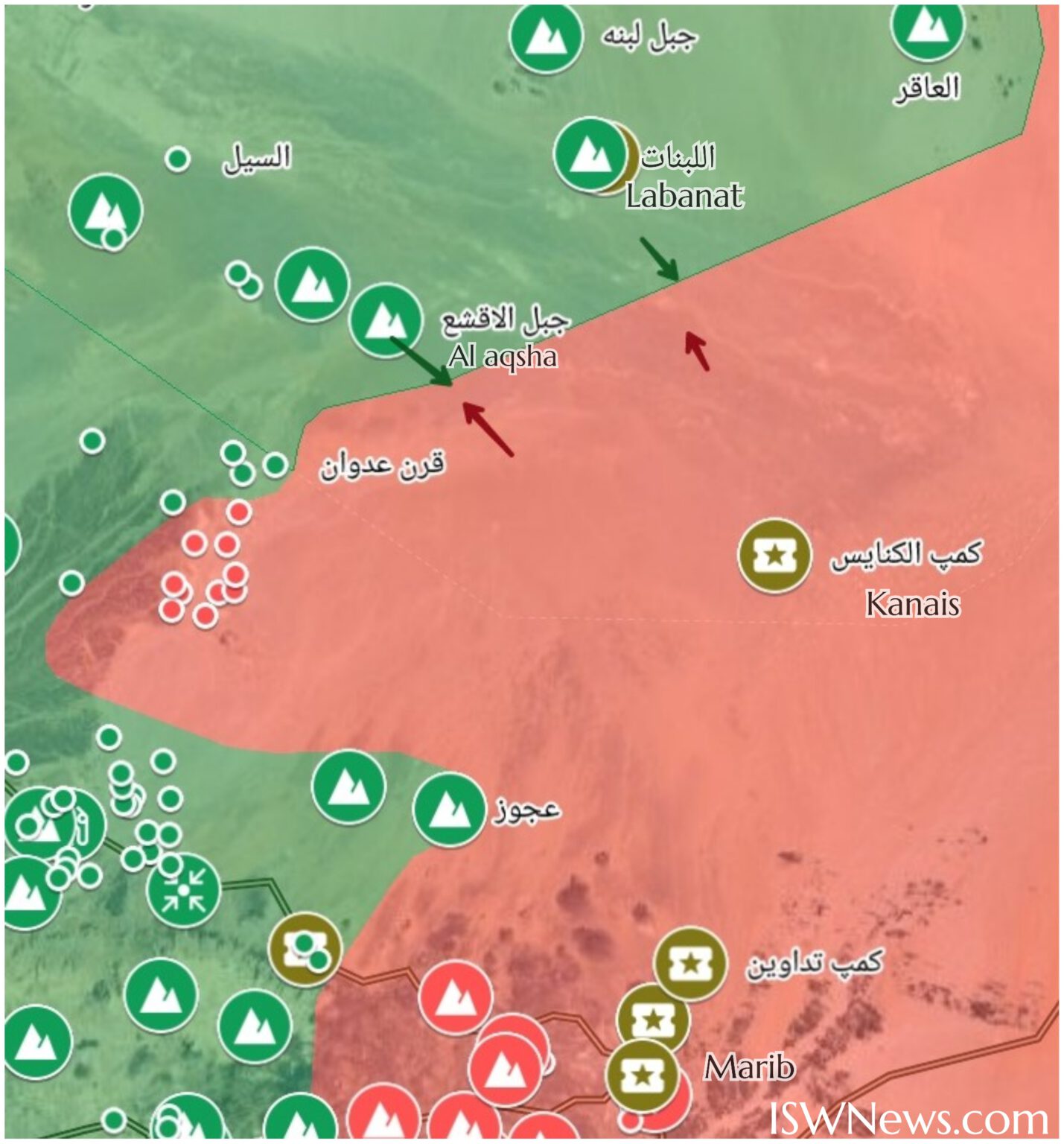 Latest news from the Yemen frontlines

1- Al-Jawf:
Clashes between Ansar Allah and Saudi-led forces were reported on the al-Aqsha’ mountain front and south of Labanat base.

2- Marib:
Ansar Allah targeted the positions of Saudi coalition at the Sahn al-Jinn base.

3- Saadah:
– The Saudi coalition targeted the Razeh district with more than 30 rockets.
– One person was martyred in a mine explosion the al-Safra district.

5- The Saudi coalition claimed that it have destroyed four naval mines planted by Ansar Allah in the Red Sea.