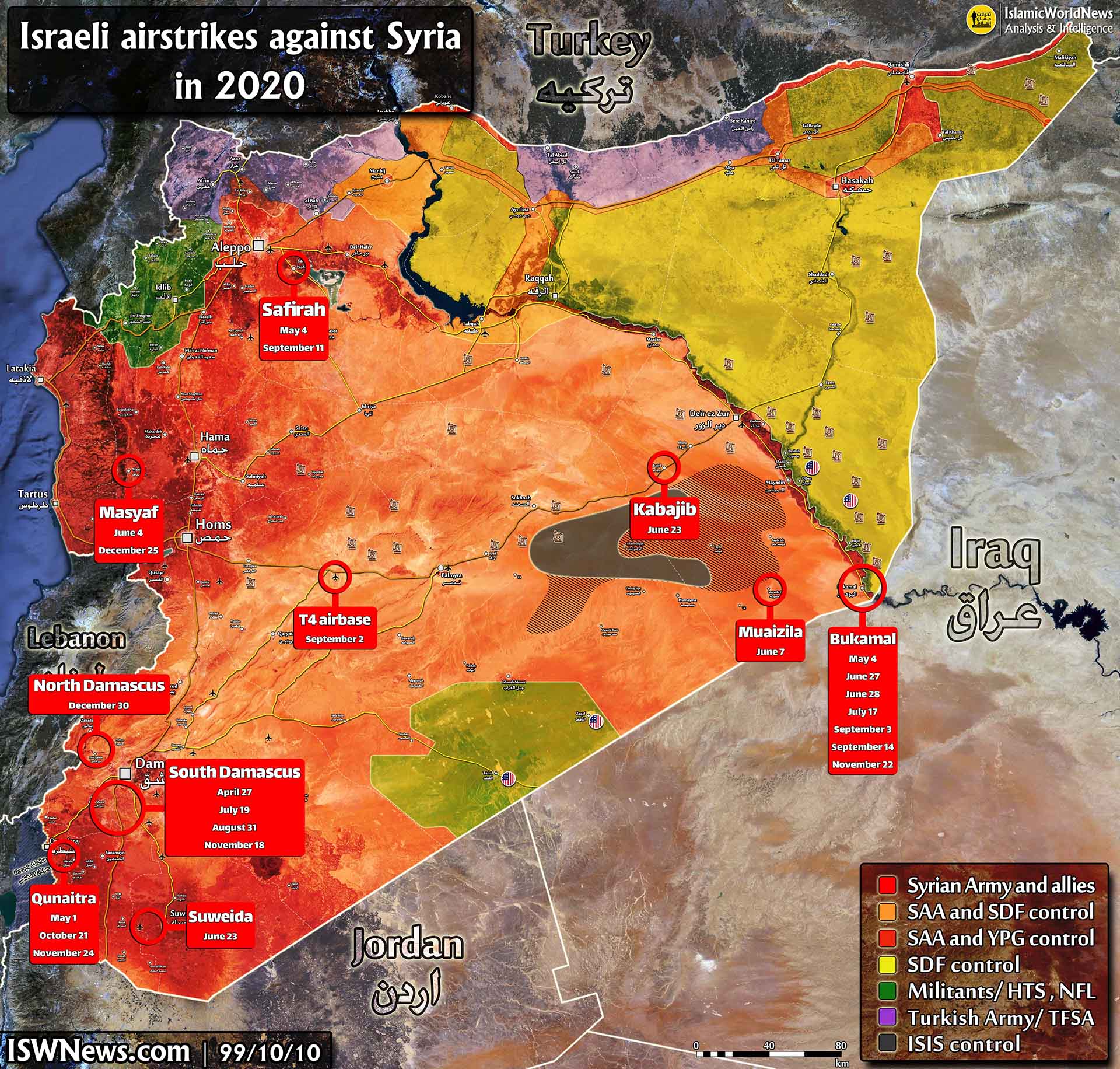 According to the report the Zionist air force performance is as follows:
1,400 sorties of warplanes
400 sorties of helicopters
35 thousand hours flight of drones

The Zionist Regime announced that they launched 50 operations against Syria including artillery and air strikes. 23 confirmed strikes by Zionist Regime are shown by ISWNews Analysis Group in the map.

Share it:
Gaza Israeli airstrikes against Syria in 2020 Syria