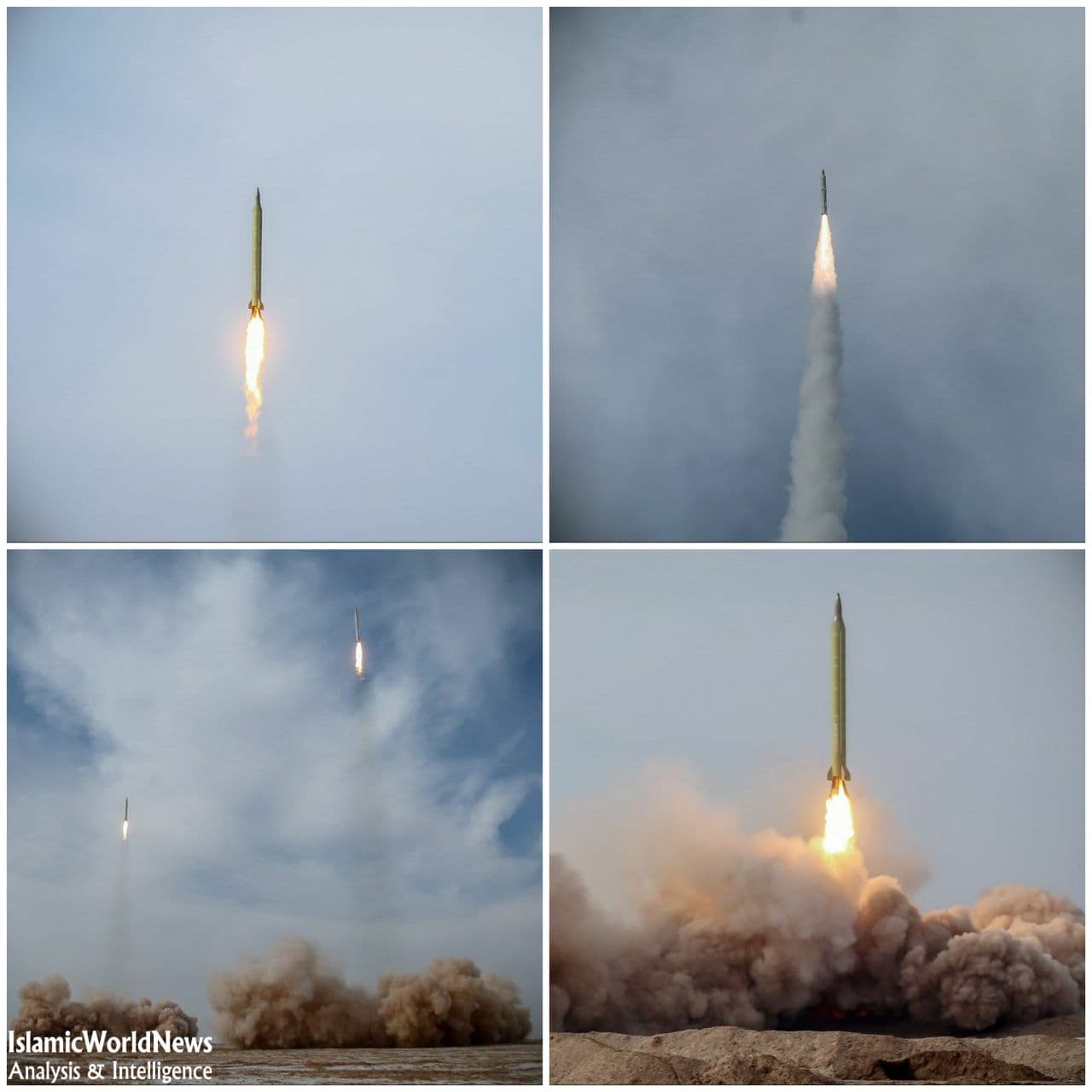 ISWNews Analysis Group: In the second and final phase of the ‘The Great Prophet 15’ drill, long-range ballistic missiles of various classes from a distance of 1800 km successfully hit and destroyed the targets in the north Indian Ocean.

Major General Bagheri, Chief of General Staff of the Armed Forces of Iran, said in this regard:
“The selection of targets at a distance of more than 1800 km south of the Oman Sea and the beginning of the Indian Ocean is meaningful. The selection of large number of long-range missiles for naval purposes indicates that if the enemies have malicious intentions in the national interests of Iran, maritime trade routes and our territory, they will be targeted and destroyed by our missile action. Recent exercises demonstrate the extraordinary readiness of the Iran’s Armed Forces.”

Major General Hossein Salami, Commander-in-Chief of the Islamic Revolutionary Guard Corps (IRGC) stated regarding the second phase of ‘The Great Prophet 15’ drill:
“One of our main goals in defense strategies is to be able to attack enemy fleets, including aircraft carriers and warships, using long-range ballistic missiles. It is common to hit moving targets at sea using low-speed cruise missiles; But the use of ballistic missiles, because of the long distances from which we can target the moving targets in the ocean from the heart of our land, is a great defense achievement that has materialized and evolved in the IRGC Air Force.”

Brigadier General Hajizadeh, Commander of IRGC Aerospace Force stated that missiles are a means of generating power and security for the Iranian nation, and emphasized:
“If one day our enemies want to be mischievous, one part is the use of fixed and ground bases, which were practiced in the first phase of the exercise with a combination of the use of drones and surface-to-surface missiles; The second threat is the naval aspect, which was well met in the final phase of the exercise. Today, our goal was to destroy the enemy fleets in the northern Indian Ocean, at a distance of 1,800 km, and ballistic missiles were fired at this area, and precisely destroyed the targets.”

He added: “If our enemies become ineffective within a radius of 2,000 kilometers, in fact, they will face definite inefficiency and will not be able to fire cruise missiles from their ships and the aircraft will no longer be able to take off from these aircraft carriers.”