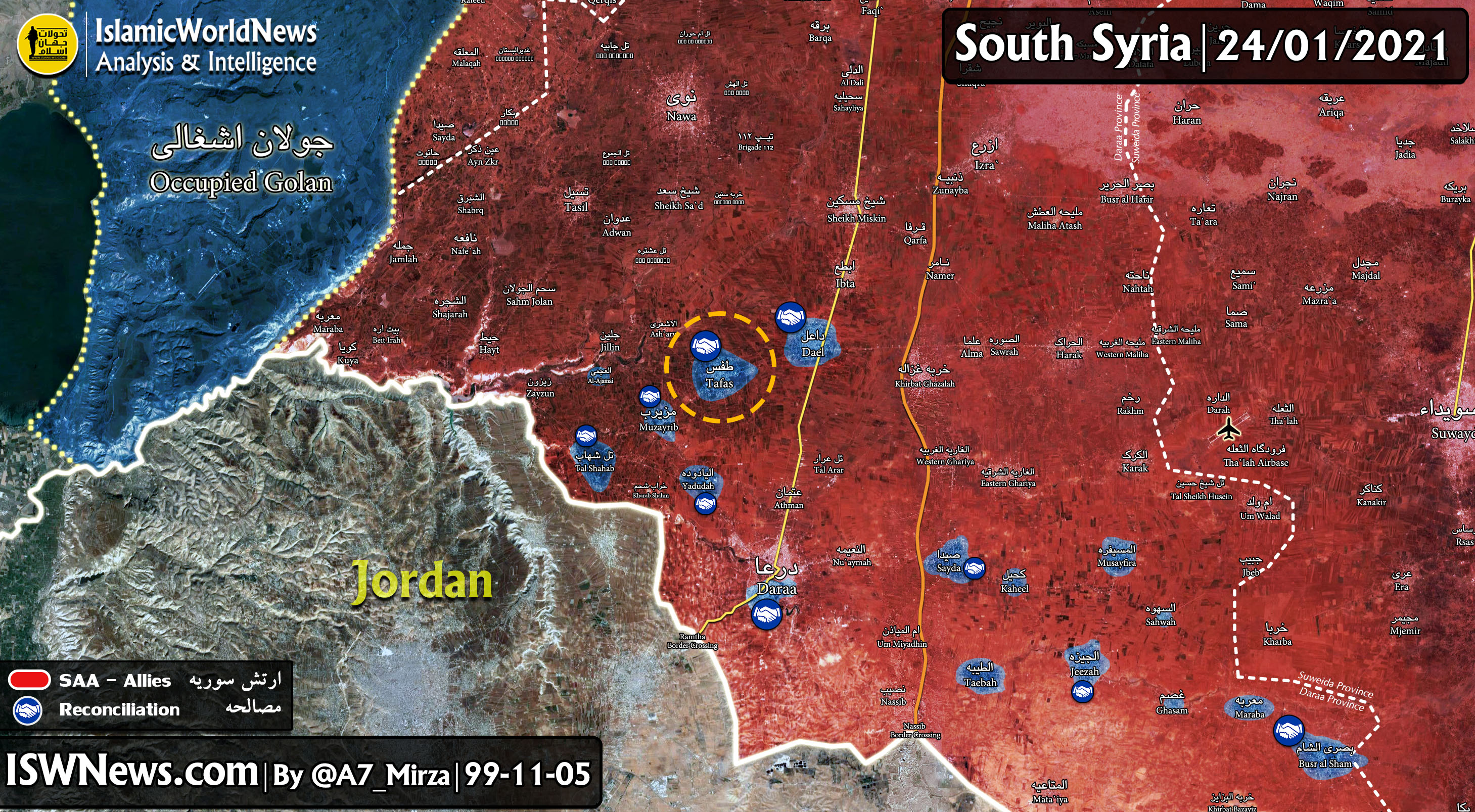 ISWNews Analysis Group: After unsuccessful talk between Syrian Army and Tafas militia in west of Daraa and rejecting the conditions of transporting Khaldun al-Zaabi and his forces to Idlib and submitting the anti air guns and mortars, Syrian Army decided to confront and cleanse the area.

Yesterday and today Syrian Army bombed positions of Khaldun al-Zaabi and his militants in Tafas town and launched attacks to subdue militants which were not successful. On the other hand, inhabitants of Tafas gathered in the town and showed support for the militants. There are graffiti threatening Syrian army “If you continue assaulting, we declare war.”

In recent days there were news on social media of sending armored equipment including T-72 MBTs by Syrian Army to Daraa province.

Tafas town beside other towns such as Dael, Muzayrib, Yadudah, Sayda, etc. are among the areas that joined National reconciliations during Syrian Army operation to liberate the south of Syria lands. It seems the peace opportunity that was given to militants have made them rebellious.