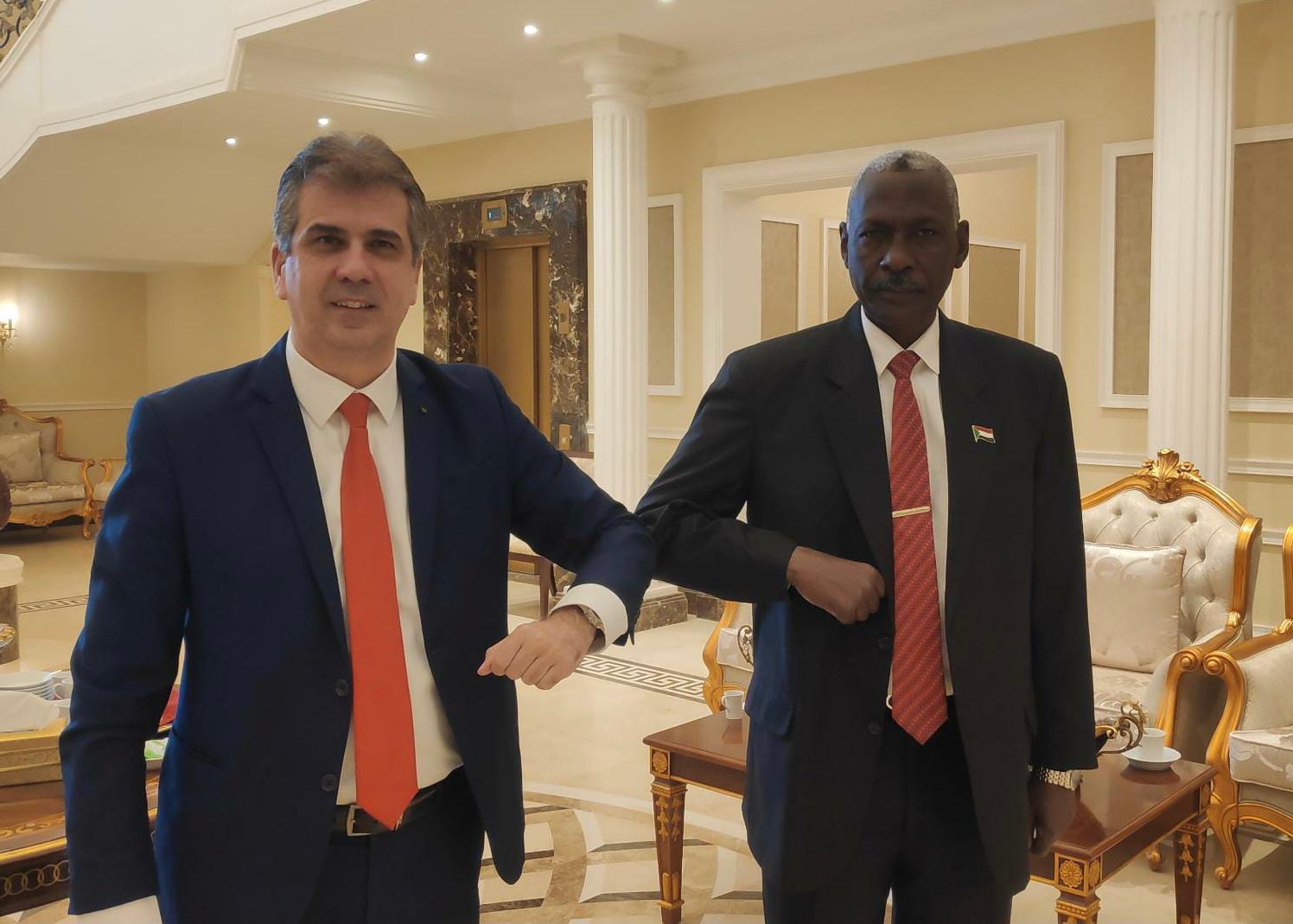 ISWNews Analysis Group: Israeli Intelligence Minister Eli Cohen led a delegation to Sudan after the signing of an agreement to normalize relations between Israel and Sudan.

The agreement to normalize relations between Sudan and the Israeli regime was reached on October 23, 2020.

During the visit, which was the first visit by an Israeli minister to Sudan, Eli Cohen met with General Abdel Fattah al-Burhan, Chairman of the Governing Council, and Yassin Ibrahim, Minister of Defense of Sudan.
The two sides signed security and political agreements during the meetings, the details and content of which are unknown.

The deployment of Sudanese troops to the Yemeni war, regional alliance against Iran, the development of trade relations and the establishment of free Jewish activities in Sudan could be among the topics discussed at the meetings.

Sudan is the third largest country in Africa, which in recent years has played a key role in regional developments, including the transfer of aids to the Palestinian resistance groups in Gaza Strip, the Yemeni war, etc. Sudan’s role in transfer of the Falasah Jews from Ethiopia to the Occupied Palestinian territories from 1984 to 1991 is also prominent, and the establishment of Sudan-Israeli relations can be said to be rooted in this historic event.