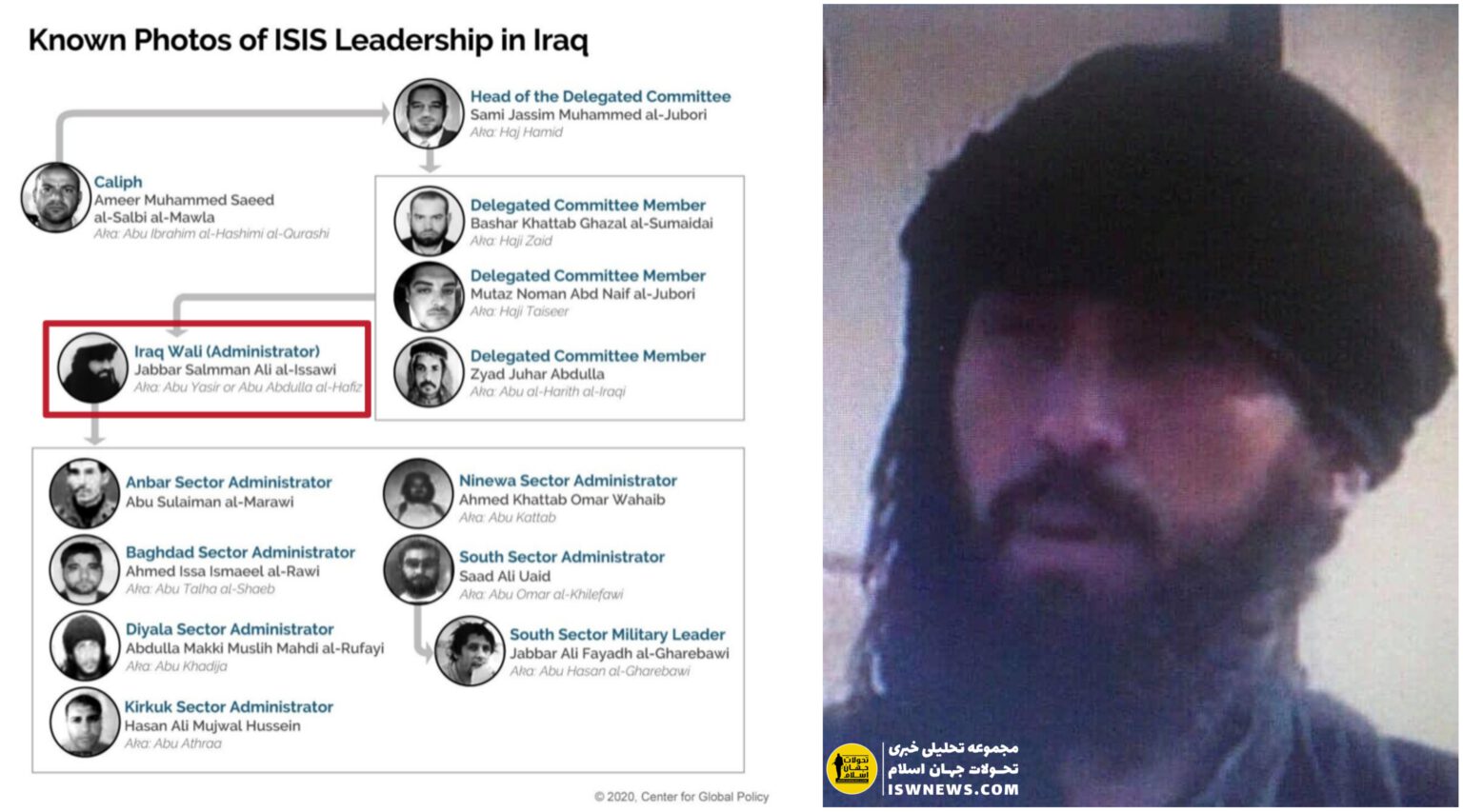 ISWNews Analysis Group: Jabbar Ali Salman, famous as Abu Yasser al-Issawi, commander and governor of ISIS in Iraq was killed in a joint operation of Iraqi forces in Kirkuk.

This operation was launched with collaboration of Iraqi Counter-Terrorism Service and intelligence services with support of US coalition warplanes in Wadi al-Shay area, south of Kirkuk.
According to US coalition spokesperson, the operation was done on 27 January and ten other ISIS terrorists were killed, too.
Mustafa Al Kadhimi, PM, and other officials of Iraq stated killing of Abu Yasser al-Issawi was a retaliation to the recent suicide attack in Baghdad.

It is said Abu Yasser al-Issawi was from Hasi area in suburb of Fallujah town and was responsible for ISIS terrorists in north of Baghdad during Abu Bakr al-Baghdadi leadership and since middle of 2020 is assigned as ISIS governor in Iraq by Abu Ibrahim al‑Qurashi, the new leader of ISIS.