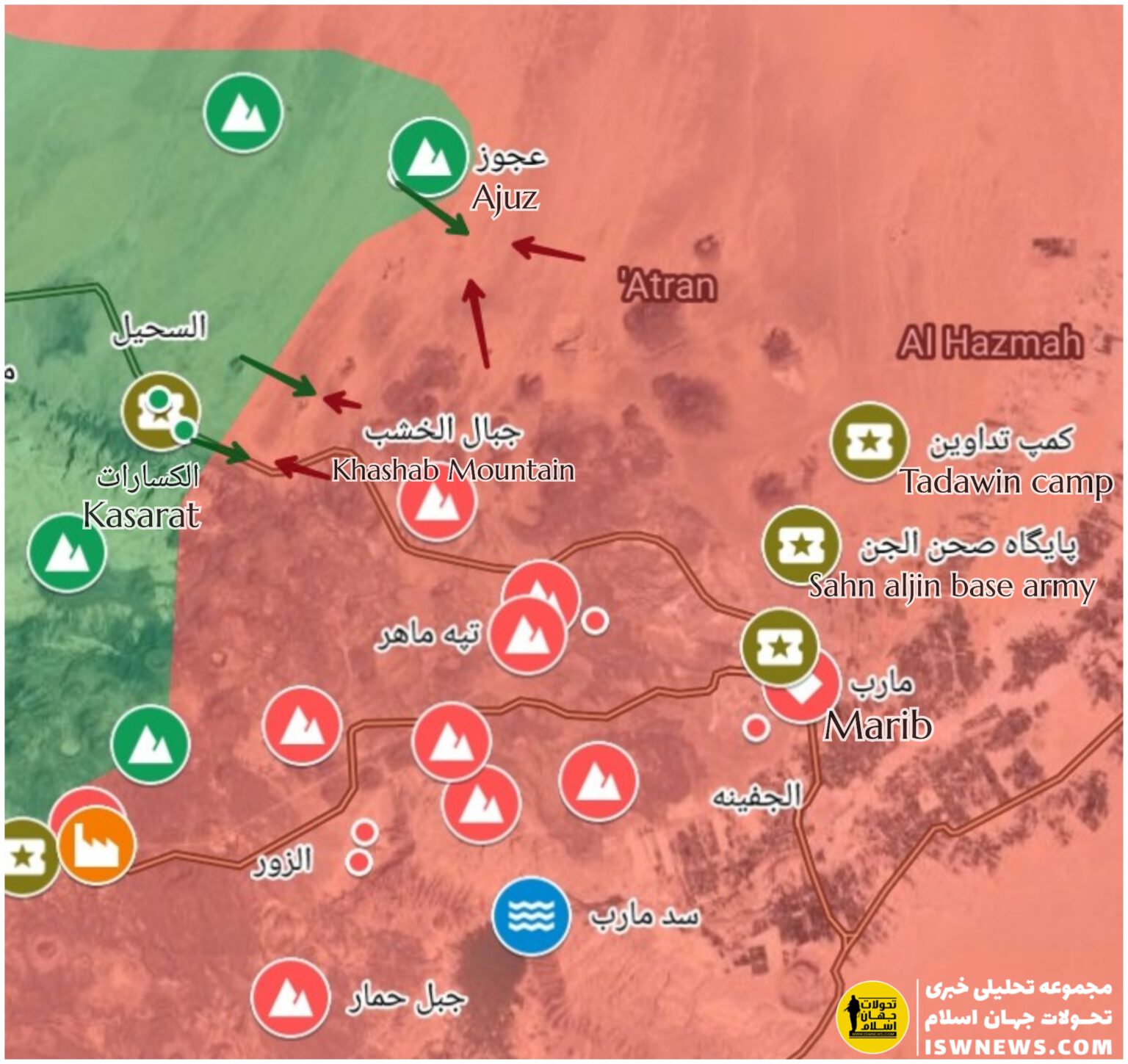 ISWNews Analysis Group: Ansar Allah launched heavy attacks on the positions of Saudi-led forces in the northern and eastern fronts of the Khab al-Shaaf district and the western part of Marib province.

More than 30 members of Saudi coalition were killed and wounded in the attacks, which took place south of Yatmeh, east of al-Maraziq, east of al-Khanjar camp, south of Raghwan district and west of Marib.
Some sources close to Ansar Allah claimed the liberation of al-Haydh and Shahla mountains on the eastern part of al-Maraziq and the liberation of the villages of Hazma al-Zaba’ and Abu Sarah south of Raghwan district, as well as advances in the west of Marib, but so far it has not been confirmed by our field sources.

Saudi coalition warplanes have also bombed Sarwah district and al-Khanjar camp 9 times during the clashes. Coalition media also claimed that two missiles hit the third military zone of the Saudi coalition in Marib, one in the Tadawin camp and shot down one Ansar Allah drone in Marib, and three others in the skies of the southern provinces of Saudi Arabia.

Currently, clashes continue on the eastern fronts, and Ansar Allah’s main movements have not yet begun.