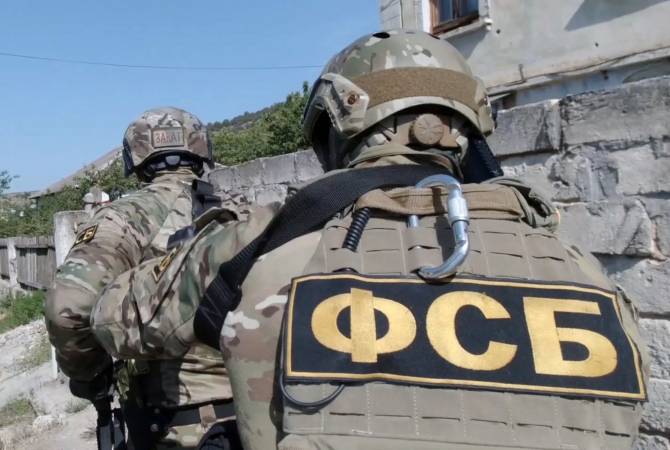 ISWNews Analysis Group: Russia said in a statement that in an operation on 16 February in Karachay-Cherkessia, Krasnodar, Rostov-on-Don and Crimean Peninsula, 19 persons with charges of being in or collaborating with Salafi Jihadi Takfir wal-Hijra group are arrested.

Investigating residents of these people and a hidden warehouse revealed 40 books and magazines belonging to Jihadi groups, several automatic weapons, handmade bombs, 3 kg TNT and one suicide belt. The operation is still continuing.

Takfir wal-Hijra group, whose activities were banned by Russia’s court in 2010, is accused of collaborating with Salafi terrorist ISIS.

This group had a financial network between 2015-2019 in Republic of Tatarstan for charity that was used to financing ISIS, according to officials.
Russian Federal Security Service and Ministry of Finance collaborated to stop the group’s activities and its members were arrested.

Salafi Jihadi groups activities in Muslim inhabiting areas of Russia specially in Caucasus have been always spotted and every year several operations are launched to fight them back.
After USSR dissociation and attempt of several autonomous regions to be independence of Russia, Salafi terrorist Al Qaeda groups entered northern Caucasus under financial and arm support of Saudi Arabia of which Chechen war is an example. Al Qaeda entered war with Russia while recruiting from Russian Muslims and after Russians learnt about their idealogy, they formed their own Salafi Jihadi groups. It can be said Salafism is a revolutionary idealogy for independence and that is the attractive aspect of this movement.