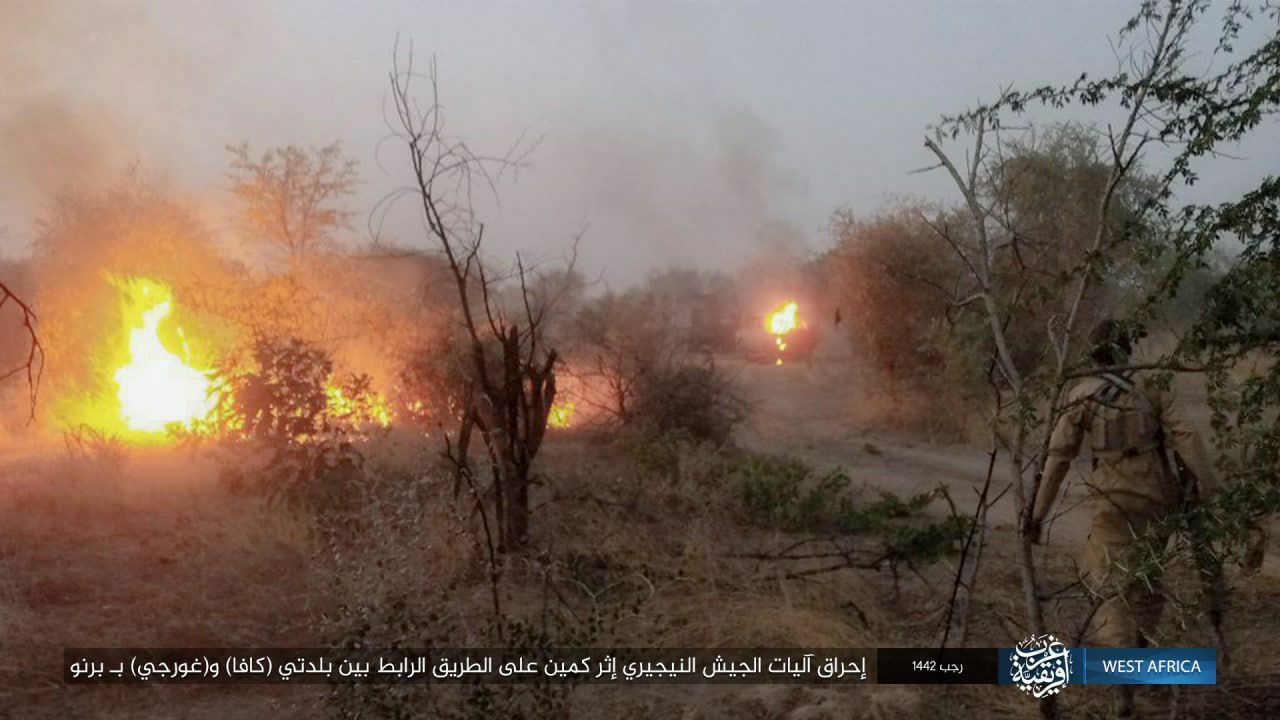 ISWNews Analysis Group: A large number of Nigerian soldiers have been killed and wounded during heavy ISIS attacks on the Nigerian Army in the northeastern part of the country.

The attacks, carried out by the West African branch of the ISIS terrorist group (ISWAP) in the area between the towns of Kafa and Gorigi in Borno state, killed 10 Nigerian soldiers, wounded 20 and destroyed three military vehicles. ISIS used a suicide attack and then a direct armed conflict in the operation.

Another attack in the town of Dekowa killed 15 Nigerian soldiers and wounded several others. In the attack, ISIS took control of an Army checkpoint with military equipment and nine vehicles.

The Niger border and Lake Chad area have been the battle grounds of the terrorist groups like ISIS and Boko Haram in Nigeria in recent years.