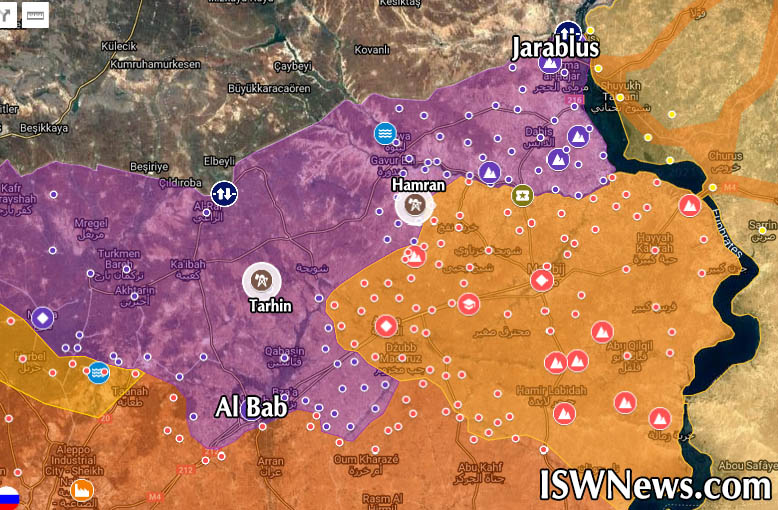 ISWNews Analysis Group: Russian missiles hit illegal oil reservoirs near the village of Tarhin, north of al-Bab, and the village of al-Hamran, northwest of Manbij.

The pro-militant media have cited the Hamimim base as the source of the missiles, while others have said that they were fired from a Russian ship in the Mediterranean. According to unofficial sources, these missiles were of the Alexander type.

It should be noted that these areas is occupied by Turkish-backed militants.

On February 10, Russia fired several surface-to-surface missiles from the Hmeimim base in Latakia, targeting illegal oil reservoirs near the village of Tarhin, north of al-Bab.