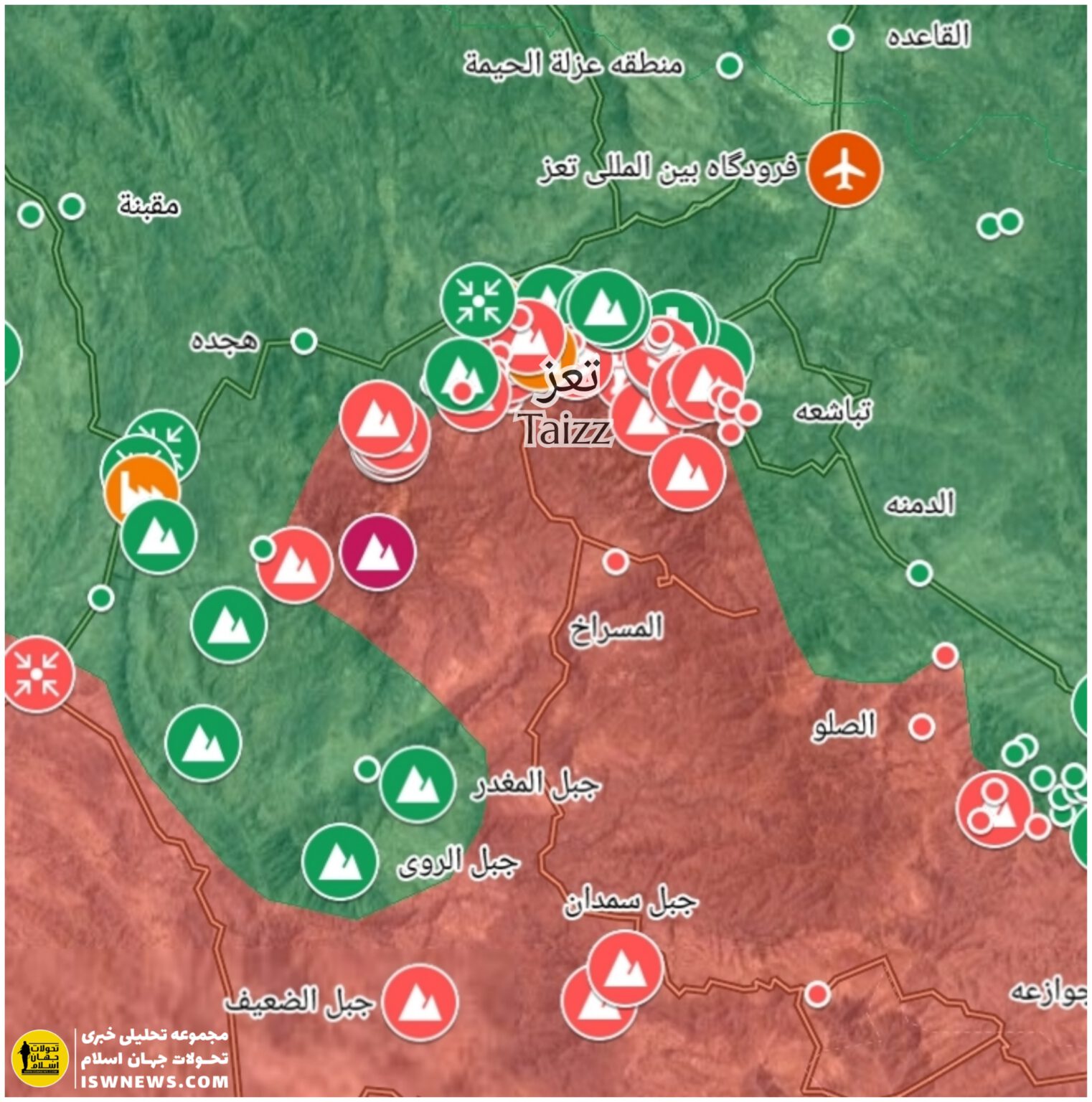 1- Taiz:
– Clashes between Ansar Allah and the Saudi-led forces were reported in the city of Taiz. The news that coalition forces are advancing on the Taiz fronts is not true and the lines have not changed.
– As a result of the artillery bombardment of al-Jamla area in the al-Salah district by the Saudi-led forces, 3 people were martyred and more than 10 people were wounded.

3- Marib:
Clashes between Ansar Allah and the Saudi-led forces continued on the eastern front of Sarwah and the east of Madghal.

4- “Abdulqadir Morteza”, the head of the Prisoners’ Affairs Committee of the Rescue Government, announced the release of 6 members of the Ansar Allah movement and popular committees in a prisoner exchange mediated by local elders.

5- Al-Hudaydah:
The Saudi-led forces violated the ceasefire regime 252 times in the province in the past 24 hours.

6- Hadhramout:
Mansour Hadi’s security forces claimed to have arrested Qaboos bin Talib, one of the al-Qaeda commanders in the province.