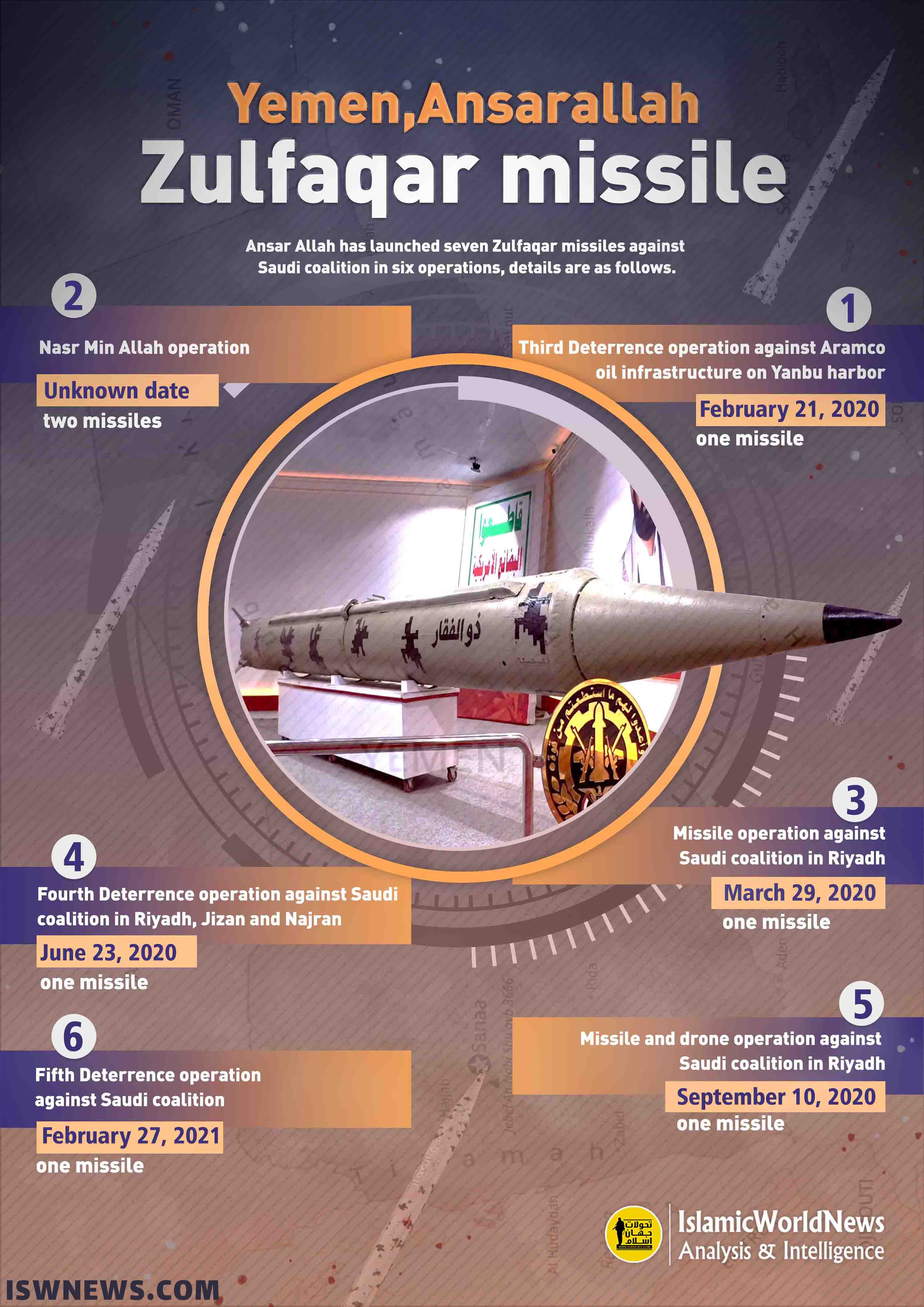 The missile has a range of 1,100 to 1,300 kilometers, and seems to be developed from Burkan missile family of Ansar Allah.