Establishment of a new military post by Turkey in Idlib province 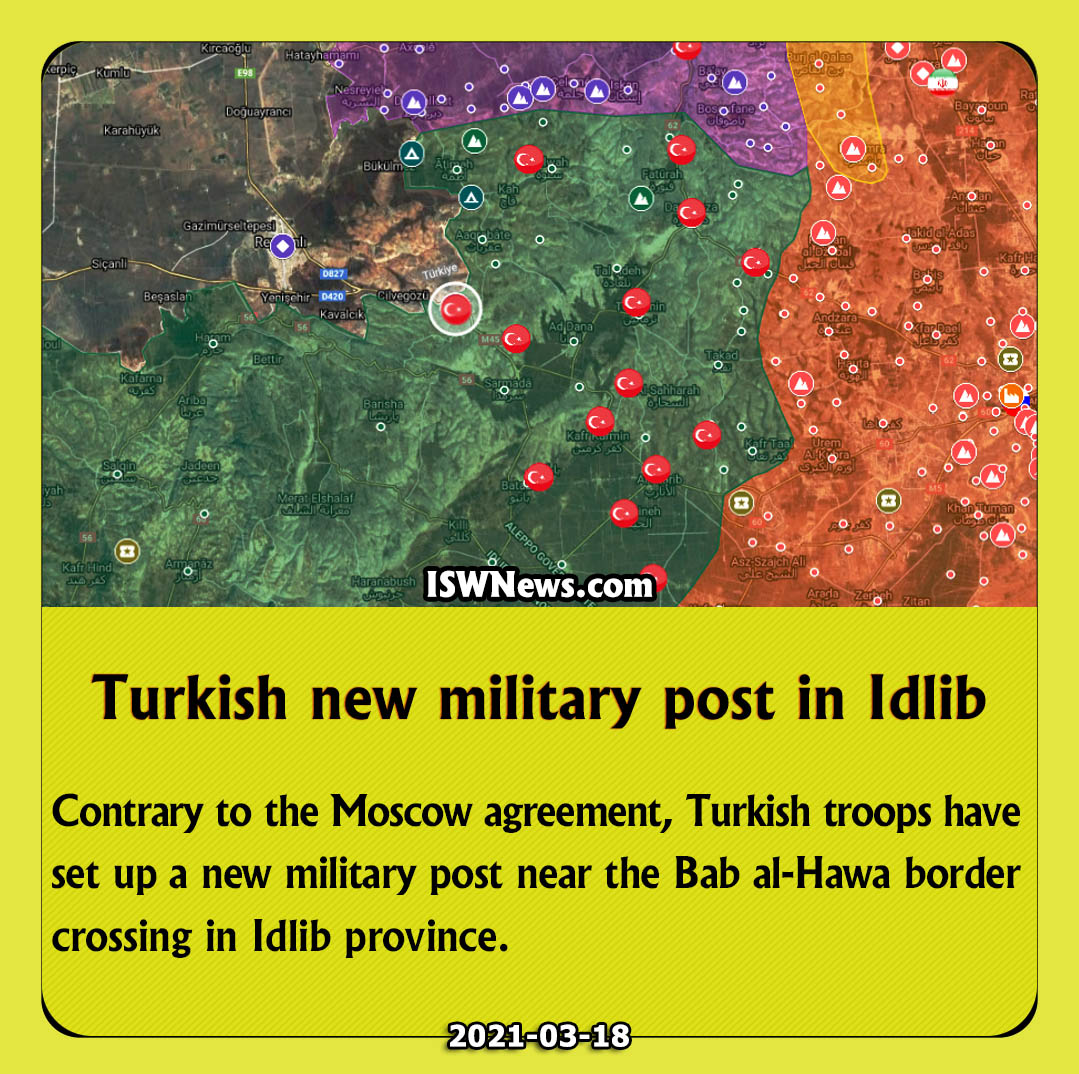 ISWNews Analysis Group: Contrary to the Moscow agreement, Turkish troops have set up a new military post near the Bab al-Hawa border crossing in Idlib province.

This military post is the second Turkish base around the Bab al-Hawa border crossing in Idlib province. The base is perched on a high hill overlooking the surrounding area, and large-scale Turkish armored vehicles, troops and surveillance equipment have been transferred to the military post.

The new Turkish military base in Idlib will be the main station for the reception, accommodation and division of Turkish troops entering Syria from Turkey.
According to local sources, there are 700 military vehicles, including 100 tanks, at the site. In addition to this equipment, many trucks continuously transfer logistical equipment to this base.
Currently, the Turkish military is working to establish three more military posts near its new base in Idlib.