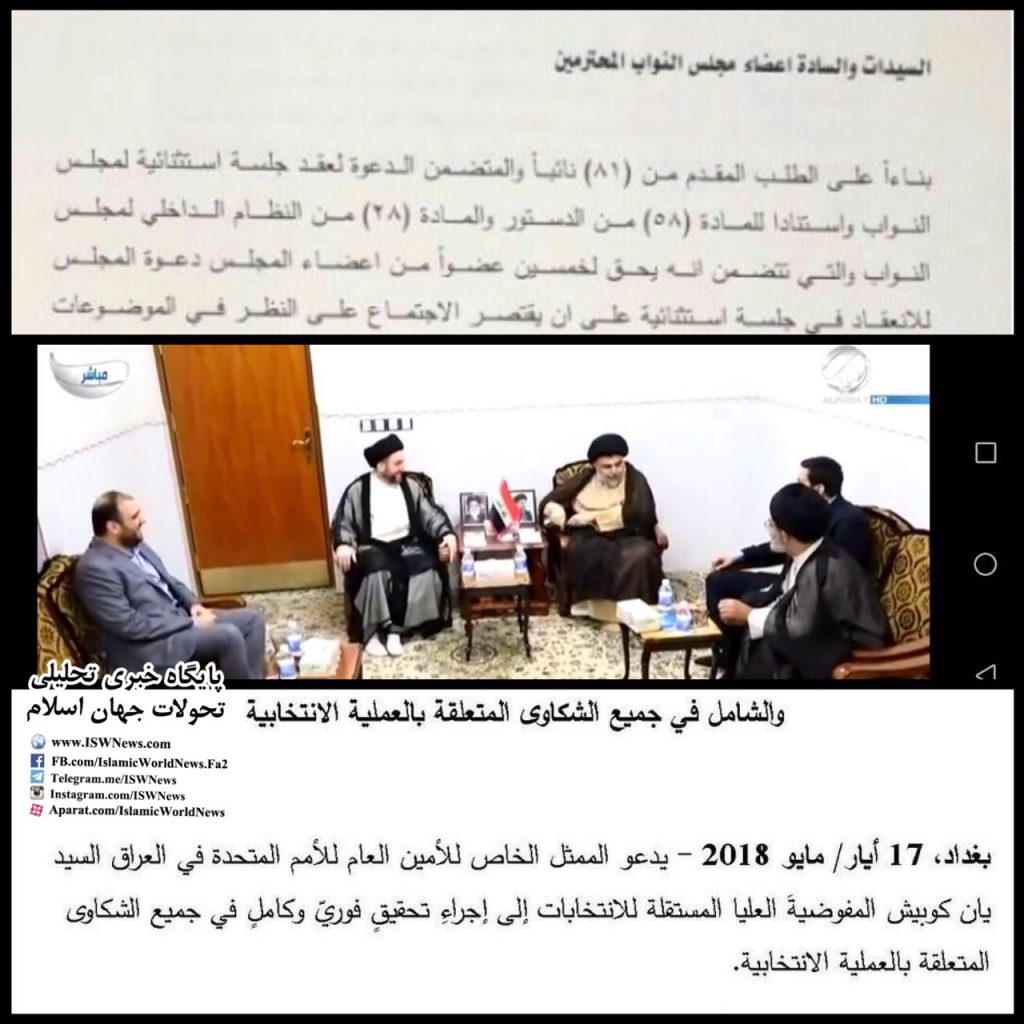 Islamic World News Analysis Group: 81 of the representatives of Iraq parliament are talking about a widespread electoral fraud, they signed a letter, addressing the president of Iraqi Parliament (Salim al-Jabouri), and demanded an immediate session to investigate this matter.

These days, Muqtada Sadr has shown a growing interest in twitter, and Hakim’s meeting happened after a tweet in which Muqtada said that, in order to form a technocratic government, his home will be open to anyone, and invited leaders of the new coalitions to have a meeting with him.

its almost a week that the electronic elections in Iraq took place, and still the final results —which was supposed to be announced hours after the ending of elections, postponed couple of times by the Independent High Electoral Commission— haven’t been released.

Whereas, according to the Independent High Electoral Commission, the final results will be announced by the end of the day, the complaints about electoral fraud have been dragged into parliament too.

Yesterday, 81 of the representatives of Iraq parliament talk about a widespread electoral fraud/manipulation, they signed a letter, addressing the president of Iraqi Parliament (Salim al-Jabouri), and demanded an immediate session to investigate this matter.

With regards to this matter, UNAMI (United Nations Assistance Mission for Iraq) demanded immediate investigations about complaints on electoral fraud, specially in Kirkuk, and if necessary, the votes shall be counted with hands.