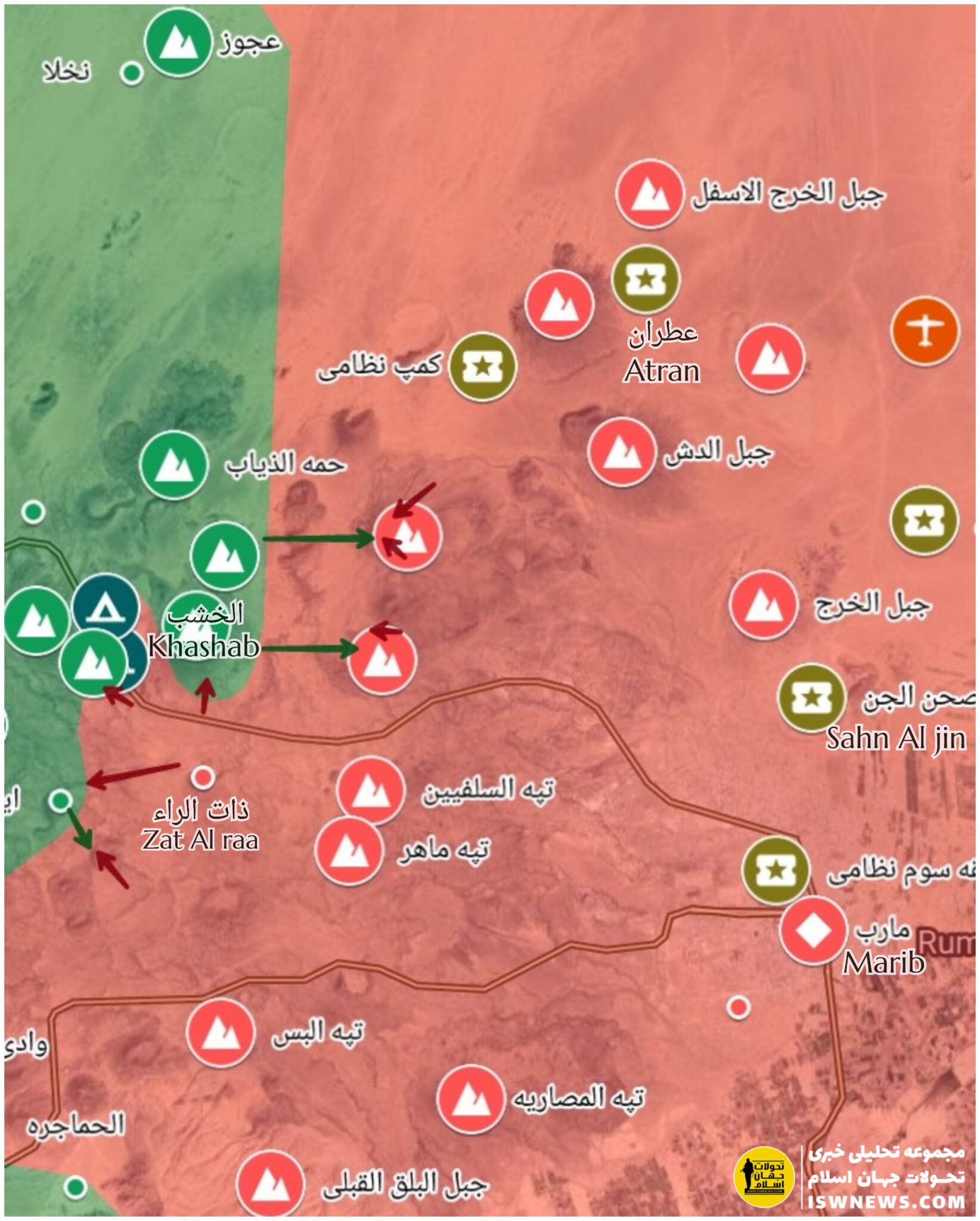 1- Marib:
– Continuation of clashes between Ansar Allah and Saudi-led forces in the western heights of Marib and Idat al-Ra’a.
– The news of the liberation of Sahn al-Jinn base by Ansar Allah is not true and the lines of conflict are far from this base.
– Ansar Allah missile attack on gatherings of Saudi-led forces and al-Qaeda militants in north of Marib city.
– A commander of the Seventh Military District of the Saudi-led coalition, Mohammad al-Harmali was killed in west of the city of Marib.

3- Al-Hudaydah:
The Saudi-led forces have violated the ceasefire 277 times in the past 48 hours.

4- Abyan:
Scattered clashes between the UAE-backed forces and the Saudi-led forces were reported in the Ahwar area.