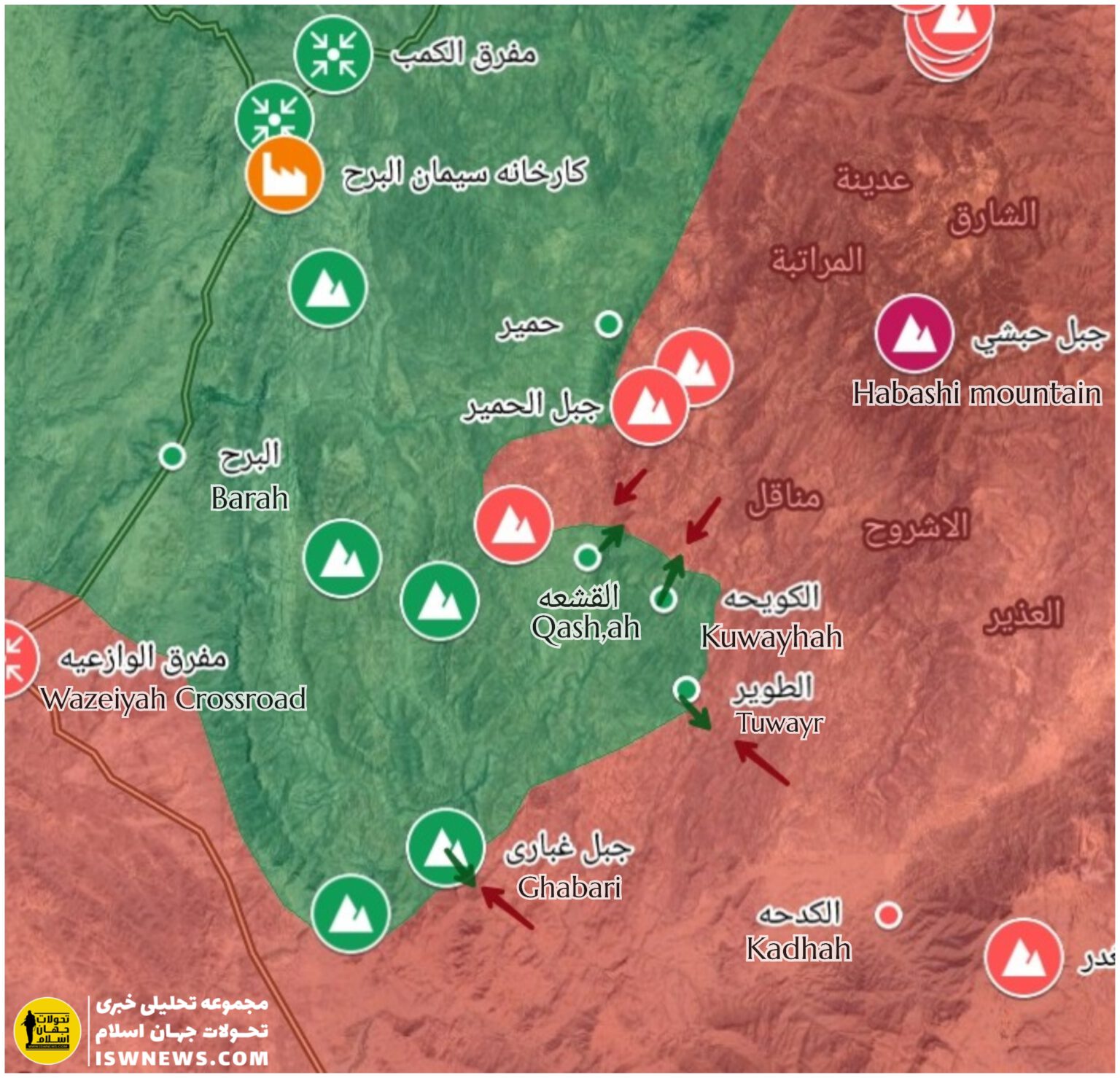 One month after the clashes on the western front of Taiz, the Saudi coalition forces’ attempt to take control of the northern road of Taiz (Mocha road to Taiz Airport) failed and Ansar Allah succeeded in stopping the operations of Tariq Saleh’s forces in al-Waziyah crossroad.
Also Ansar Allah has repelled the attacks of the Saudi coalition forces in al-Qash’ah and Qahban in the al-Kadhah region.

The Saudi coalition, with the support and mobilization of Mansour Hadi’s forces in Taiz and Tariq Saleh in Mocha, launched an operation in mid-March to capture the northern road to Taiz and reduce pressure on the Marib fronts. These conflicts are still going on without any significant result.