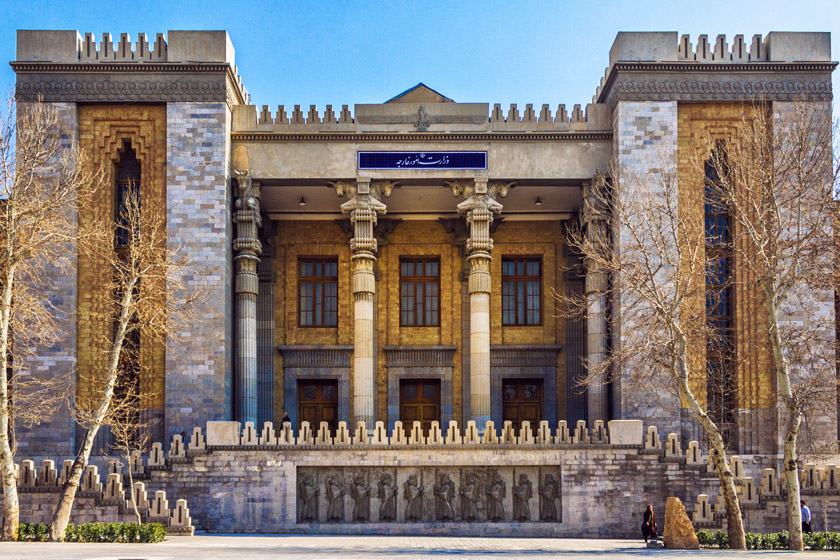 We recommend the leaders of American regime, specially U.S. Department of State, to learn from the fate of their past politics towards the nation of Iran …

In a Monday statement, the Iranian foreign ministry said the cheap, baseless, insulting and interventionist remarks made by Mike Pompeo and the accusation he levelled against the great and civilized Iranian nation are indicative of US officials’ despair and desperation in the face of the Iranian nation. According to the statement, Pompeo’s remarks are also regarded as a cowardly attempt to deflect the world public opinion from Washington’s illegal move (its unilateral withdrawal from the JCPOA) and its breach of obligations under the nuclear deal, which is in contravention of international regulations and the UN resolution proposed by the US and adopted unanimously.

Pompeo’s remarks once again portrayed information poverty, weakness in insight, analytical backwardness, and confusion in decision-making processes in the United States, and showed that the radical and warlike currents in America were neither know history nor able to learn from it.

Despite the opposition of all countries, the American regime—with only a few petty regimes— which transgressed all of it’s political, legal and international obligations, is in no place to dictate conditions to a great country like Iran which adhered to it’s obligations.

The America, which all the misery in our region, from Iraq, Syria and Lebanon, to Palestine, Yemen and Afghanistan, is because of its Interference and intrusions & its allied medieval dictatorships, is in no place to dictate Iran’s policies in its region.

The fathers of Al-Qaeda & ISIL and hundreds of other terrorist groups which have jeopardized the peace and international security, are in no place to invert the truth about the stabilizing and anti-terrorism actions of Islamic Republic of Iran on elimination of terrorism from this region and the world, in order to follow its illusions on  hegemonic illusions.

We recommend the leaders of American regime, specially U.S. Department of State, to learn from the fate of their past politics towards the nation of Iran, and stop their interventionist and defeated politics in order to divide nation from the popular system of Islamic republic of Iran, and not embarrass itself in front of world public opinion, anymore.

The Islamic Republic of Iran, is a system that is rooted deep within the Islamic Revolution of Iranian people, which during the four decades of its full of bless existence, proudly stood against all the grim plots of the America and its allies, and prevailed. Also henceforth Iran will powerfully continue to live on and will defeat the new plots of America.

The Islamic Republic of Iran, with denying every last one of these accusations and lies coming from this “So Called”new strategy of America, recognizes these shameful statements as clear intervention in internal affairs and an illegal threat against an United Nation member, and reserve any legal actions for itself. The responsibility for consequences of any abusive, illegal and forceful actions rests on United States of America.